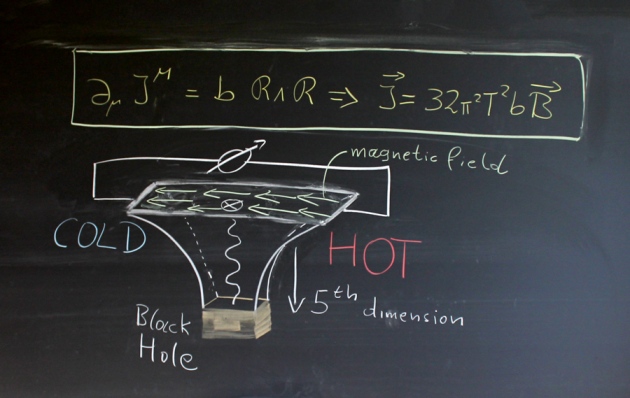 A fundamental rule of our universe is that energy, charge and momentum are conserved. However, these rules can be broken at the quantum mechanical level. Such exotic physics had been exclusively explored in the realm of quantum field theory until recently when a new class of materials called Weyl semimetals was discovered. These systems harbour fundamental particles called Weyl fermions, which have been shown to exhibit a so-called chiral anomaly, meaning that under certain circumstances their spin is not conserved. Johannes Gooth et al. now provide another intriguing connection to quantum field theory. They show that a condensed-matter analogue of curved space time can add an additional, gravitational component to the chiral anomaly in Weyl semimetals. The work opens the door to further experimental exploration of previously undetected quantum field effects.