Virtually all metazoan cells have the ability to commit suicide by activating a genetic program called programmed cell death (PCD). PCD functions to eliminate unwanted or potentially dangerous cells during development and homeostasis of the organism; the malfunction of this process is associated with the pathogenesis of a variety of diseases, including cancer and neurodegenerative disorders. Apoptosis, the most abundant form of PCD, is executed by a unique family of cysteine proteases called caspases. Active initiator caspases cleave and activate effector caspases, which in turn orchestrate cell death through the proteolytic cleavage of hundreds of cellular proteins. However, despite their established role in apoptosis, activation of effector caspases does not always lead to apoptosis, as some cells utilize caspases to promote a variety of nonapoptotic vital cellular processes, such as cell signaling, differentiation, remodeling and neuronal plasticity. How these cells avoid the lethal activity of caspases is an intriguing unresolved question.

In our lab we use the Drosophila sperm terminal differentiation system to investigate this and other related questions. In this process, also known as individualization, spermatids lose their bulk cytoplasmic contents to become highly compact mature sperm. We discovered that this process requires apoptotic proteins, including active caspases. Our studies identified a Cullin-3-based E3 ubiquitin ligase (CRL3) complex required for caspase activation in spermatids. More recently, a gradient-based regulatory mechanism of this complex has also been uncovered in the lab, which dictates temporal restriction of caspase activation during spermatid individualization. Therefore, spermatid individualization serves as an excellent model to investigate how the lethal activity of caspases is regulated to prevent the unwanted death of these cells. 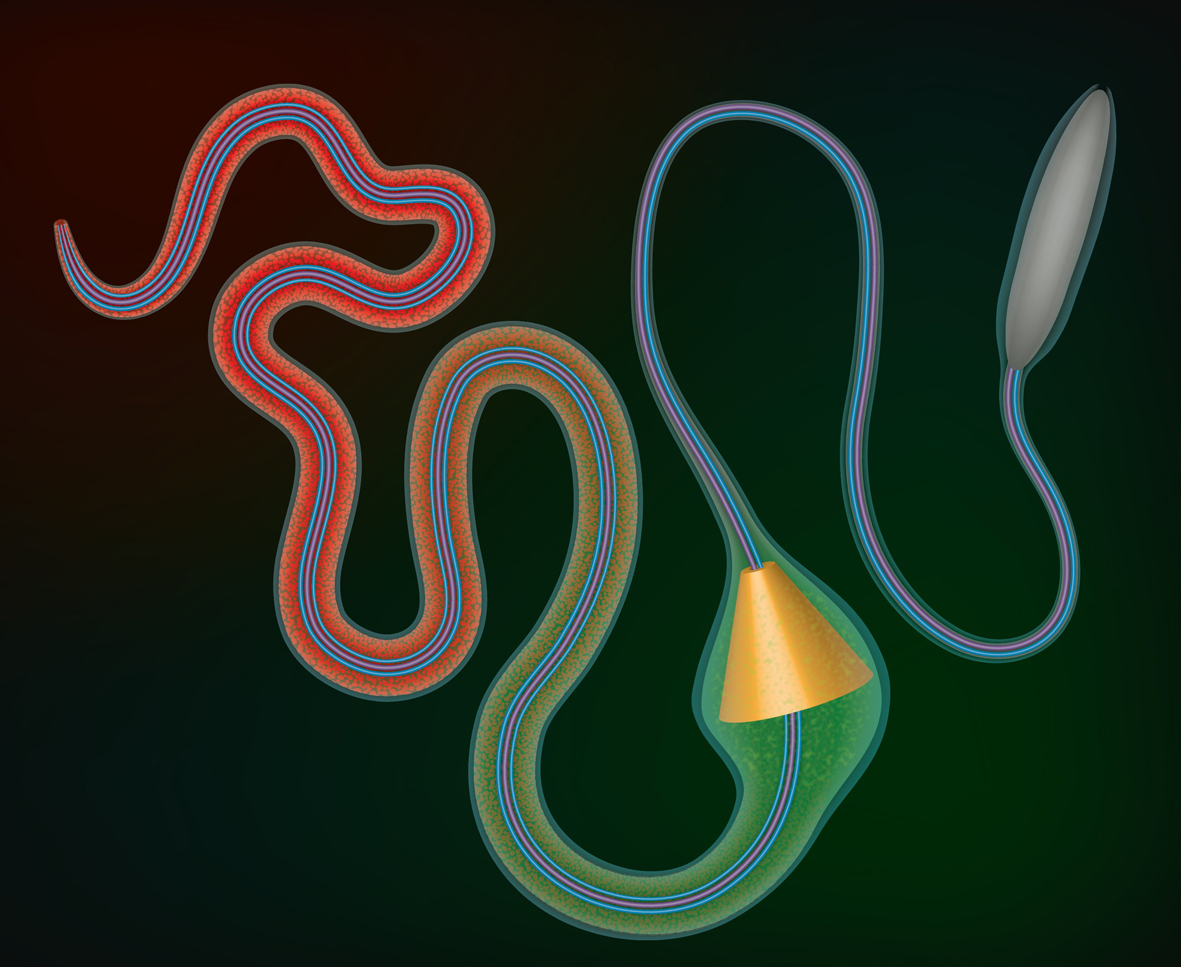 Temporal restriction of caspase activation in spermatids. In red is a gradient of inhibitors of the CRL3 complex and caspase activation and in green is an opposite gradient of active caspases. Nucleus is in grey. The individualization complex is in gold. The cytoplasmic contents are removed in the direction of nuclear head to the tail end within the cystic bulge.