DAP5 is a translation initiation factor of the eIF4G family, which directs a non-canonical cap-independent mode of protein translation. It provides a mechanism to maintain translation of itself and of specific target mRNAs in several cellular contexts.  In somatic cells subjected to stress conditions, when overall cap-dependent translation is compromised, it contributes to the regulation of a cell’s life-or-death decisions. In embryonic stem cells, it directs the translation of a specific set of proteins that are critical for the transition from pluripotency to differentiation.

Studying DAP5-mediated translation in cell based and cell free systems

Several novel DAP5 mRNA targets have been identified in our laboratory, including the anti-apoptotic Bcl-2 and Bcl-XL, and the M-phase kinase CDK1, translation of which suppresses cell death during mitosis. More recently, we identified the N-terminal truncated form of p53, known as Δ40p53, as a translation target of DAP5; an IRES located within the coding sequence drives translation of this alternative p53 form in response to ER stress. 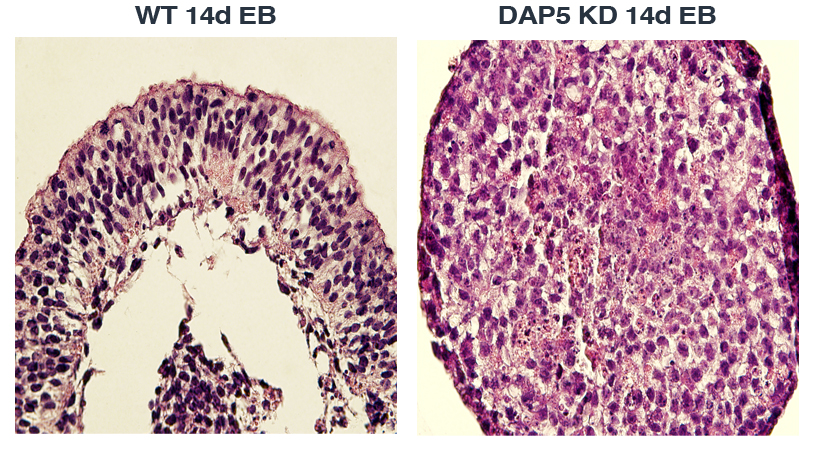 We are using a two-pronged approach involving RNA-seq of (1) actively translated polysomal mRNAs, comparing DAP5 KD and WT hESCs, and (2) mRNAs that co-IP with DAP5 in hESCs, to identify direct DAP5 target mRNAs. So far we have identified: 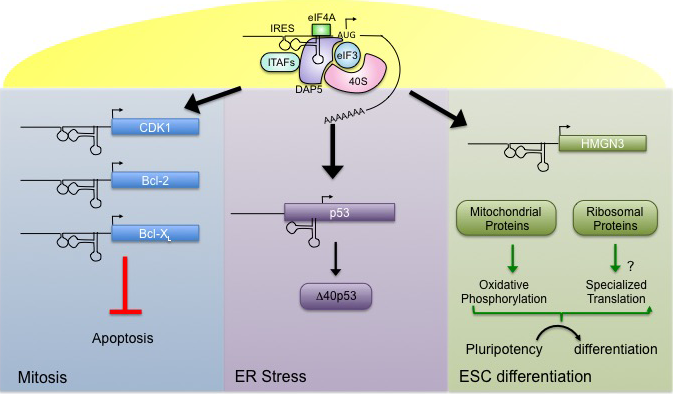