How particulate matter affect our health?

Atmospheric particulate matter (PM) is an important source of air pollution and a major environmental health problem. Exposure to air pollution can cause immediate symptoms even for healthy people. Long-term exposure is estimated to be the third leading contributor to chronic respiratory and cardiovascular disorders, as well as lung cancer and premature deaths. The World Health Organization (WHO) report suggests that global air pollution is worsening and that under climate change conditions, health effects could be even worse. The OECD organization predicts that in 2050, PM exposure will be the first cause of mortality before polluted water and malaria.

PM consists of a complex mixture of solid and liquid particles of organic and inorganic substances suspended in the air, such as heavy metals, smoke, dust, soot, nitrates, and sulfates. PM is emitted or formed from many natural and anthropogenic (man-made) sources and undergoes extensive chemical transformations through oxidation reactions in the atmosphere. PM size will greatly determine its potential effect. The most important are particles which are smaller than 2.5 microns (PM2.5), due to their ability to penetrate the lungs and the bloodstream system.

The goal of our study is to reach an in-depth mechanistic understanding of how PM formation pathways and it's chemical composition affect human health through controlled laboratory exposure experiments. 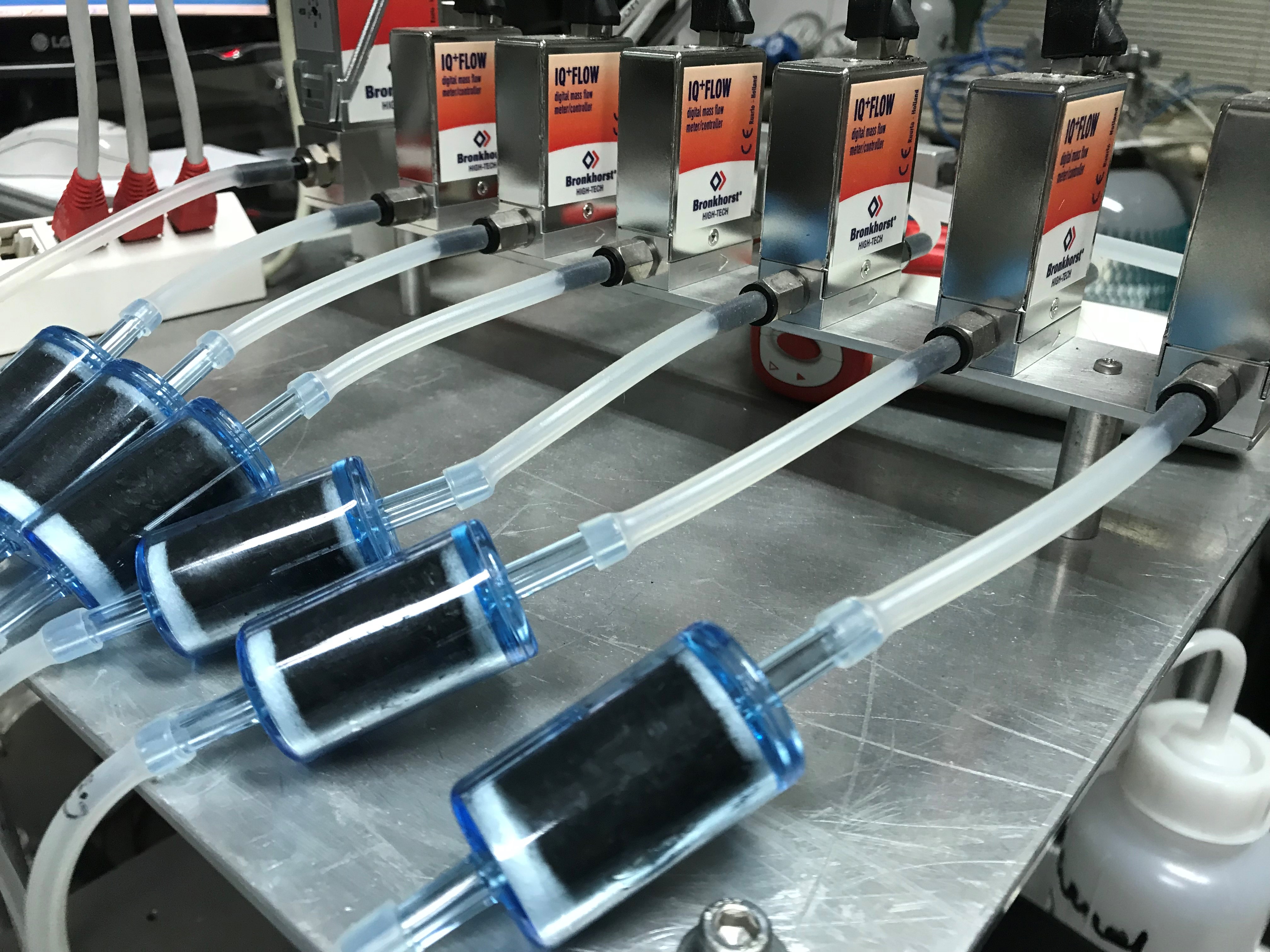 A unique exposure system where the cell reside at the air-liquid interface. Further analytical tools are often used to characterize the particles and the exposure outcomes.