“Science broke the ice between Israel and Germany,” said Prof. Dr. Peter Strohschneider, President of the Deutsche Forschungsgemeinschaft, a major German research funding organization, among the largest in Europe.

The words represented the central theme of a two-day conference, held February 10 and 11 in Tel Aviv and at the Weizmann Institute, celebrating 50 years of German-Israeli diplomatic relations.

Dozens of German scientists and other officials participated in the event, including Prof. Dr. Johanna Wanka, the Federal German Minister of Education and Research. At a festive dinner at the Yitzhak Rabin Center on February 10, she called the 21 Minerva centers across Israeli institutions - the central German funding entity for joint Israeli-German research - the “crown jewels” of relations between the two countries. Prof. Dr. Martin Stratmann, President of the Max Planck Society, also spoke, as did Weizmann Institute President Prof. Daniel Zajfman and Prof. Ruth Arnon in her role as President of the Israel Academy of Sciences and Humanities.

In the aftermath of the Holocaust, there was great resistance in Israel to brokering ties with Germany, but in 1952 ties began to thaw when Germany agreed to pay reparations to victims. Meanwhile, desire for scientific cooperation between the Weizmann Institute and the Max-Planck-Gesellschaft (MPG) emerged as Germany strived to rebuild its academic institutions in the wake of the war and Israel’s nascent scientific community required ties to the West in order to truly flourish.

An agreement followed, signed in 1964 between the Minerva Stiftung—a foundation backed by the German government and affiliated with the Max Planck Institutes - and the Weizmann Institute, which led to a comprehensive program, the Minerva- Weizmann Projects Program, that finances excellent individual and group projects at the Weizmann Institute. A key player in the signing of this agreement was Dr. Joseph Cohn, Dr. Chaim Weizmann’s former assistant. With its signing, the Weizmann Institute became the first academic institution in Israel to accept German researchers - faculty, postdocs, and students - and to encourage its own young scientists to go to Germany.

This program led to a nationwide funding effort by Minerva - across all Israeli institutions—which paved the way to a formal diplomatic relationship, established in 1965.

Since its inception, the Minerva-Weizmann Projects Program has secured funding for nearly 2,000 projects in chemistry, physics, mathematics, and the biosciences with approximately 80 projects receiving funding on an annual basis. Joint discoveries of Weizmann/ German scientific teams have resulted in more than 1,090 publications in the last five years; and one-quarter of all publications authored by Weizmann Institute scientists have German co-authors. At any point in time, a third of Weizmann Institute scientists is involved in a Minerva project, and 70 percent of Institute research teams are engaged in ongoing collaborations with German partners. 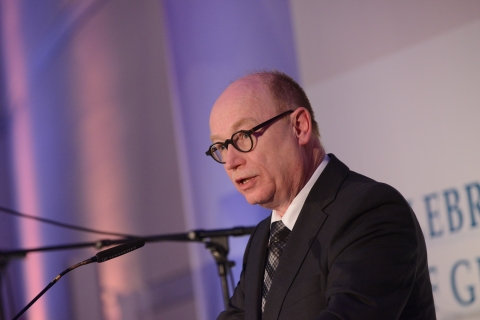 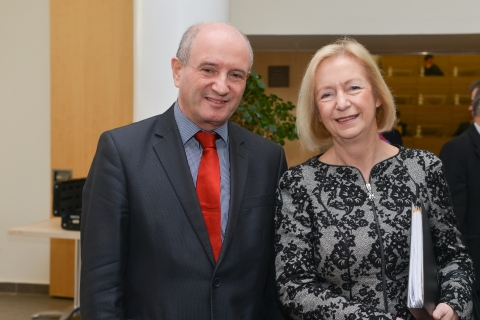