The Integral Role Of Immune System In The Developing Brain

Prof. Reiner and her team have shown that the innate immune complement system—the all-purpose, in-born part of our immune system—is active in the developing embryonic brain, where its role appears to be convincing newborn cells to migrate from their point of origin to their final functional positions in the brain. Without the activity of the innate immune system, newborn neurons fail to commit to the journey, stall in their cellular cradles, and an altered cortex results.

Dr. Anna Gorelick, a postdoctoral fellow in Prof. Reiner’s lab, was studying the different innate immune complement pathways when she noticed, to her surprise, that a gene encoding a key protein in the pathway, called C3, was active in the developing brain. “I didn’t expect to find C3—a protein involved in fighting infections—active in the developing brain, and I was curious: what impact did that activity have?” she says.

So the lab team—Dr.  Gorelick, staff scientist Dr. Tamar Sapir, Prof. Reiner, and others—examined what this activity could mean by looking at the brains of mouse embryos that had been genetically engineered to have no or limited C3 activity. The results were remarkable: the neurons that were engineered to have limited or no activity of the C3 gene migrated insufficiently, leading to a cortex with altered cell layers.

Moreover, when Prof. Reiner and her team introduced molecules designed to mimic the action of C3 into the C3-limited brain tissue, they were able to partially ‘rescue’ the brain—that is, they were able to kick-start the stalled neurons and get them migrating again.

Prof. Reiner and her team observed that when C3 binds to a neuron, it results in a cascade of molecular events in which the cell’s interior structure rearranges itself, which likely helps establish polarity. Thus, she hypothesizes that C3 activity convinces ‘uncommitted’ neurons to commit to a direction, hit the neuronal road, and reach their appropriate destinations.

Implications for brain diseases and disorders

The findings have implications for some neurodevelopmental disorders. For example, a rare syndrome known as 3MC is caused by mutations in the genes involved in one of the innate immune complement pathways called the lectin pathway. Patients with 3MC exhibit intellectual impairment which had previously been unexplained. The team’s finding of the role of the lectin pathway in neuronal migration sheds significant light on this mystery.

Meanwhile, several studies have suggested that the immune system plays a role in the development of autism spectrum disorder (ASD), but what role exactly, and how it relates to brain development was unclear. Intrigued by the C3 results, Dr. Tsviya Olender, a staff scientist in the Department of Molecular Genetics who works with Prof. Reiner, examined genomic data from the Simons Foundation for Autism Research Initiative (SFARI), a large registry of genomic and phenotypic data from people with ASD and their (sometimes unaffected) family members.

Looking through the SFARI data, Dr. Olender found many cases of autistic individuals who had de novo mutations in the genes of the lectin pathway—that is, the autistic children had them, but their unaffected parents did not. These were not inherited genetic mutations, but mutations arising from some unknown cause. Perhaps these mutations play a role in the abnormal neuronal migration, excessive neuronal growth, and brain-circuit malformation found in the brains of some individuals with ASD.

“In light of our findings, the role of the complement pathway should be further studied in the developing brain and in the diseased brain,” says Prof. Reiner.

Image: In mice without the key protein of the complement pathway, C3, migrating neurons, labeled in green, on their way from their point of origin to their final destination, some of which were delayed. They are passing through the cells that have already reached their destination and have adapted specific destiny (labeled in light blue and red).

Prof. Orly Reiner is supported by the Lulu P. & David J. Levidow Fund for Alzheimer’s disease and Neuroscience Research and the Dr. Beth Rom-Rymer Stem Cell Research Fund. She is the incumbent of the Bernstein-Mason Chair of Neurochemistry. 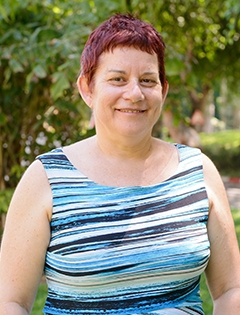