Israel Friends of the Weizmann Institute of Science

Gathering together and learning: events of the Israel Friends

The Israel Friends of the Weizmann Institute of Science recently hosted a number of membership events.  Held both virtually, and in small, socially distanced settings, these meetings allowed the Israeli committee to gather together, learn, and bid a happy farewell to what has been a very challenging year for all.

In November, members of WeizmannVibe – the Israeli committee’s group for young leadership – visited the Institute campus for a socially-distanced seminar held in the Wolfson house. The subject was food and environmental sustainability, and the speakers – culinary consultant and Israeli television personality Efrat Enzel, and Prof. Asaph Aharoni, head of the Department of Plant and Environmental Sciences – presented their perspectives about how conscious consumption can improve our health, and how cutting-edge science can provide healthy food for the world’s most needy populations. 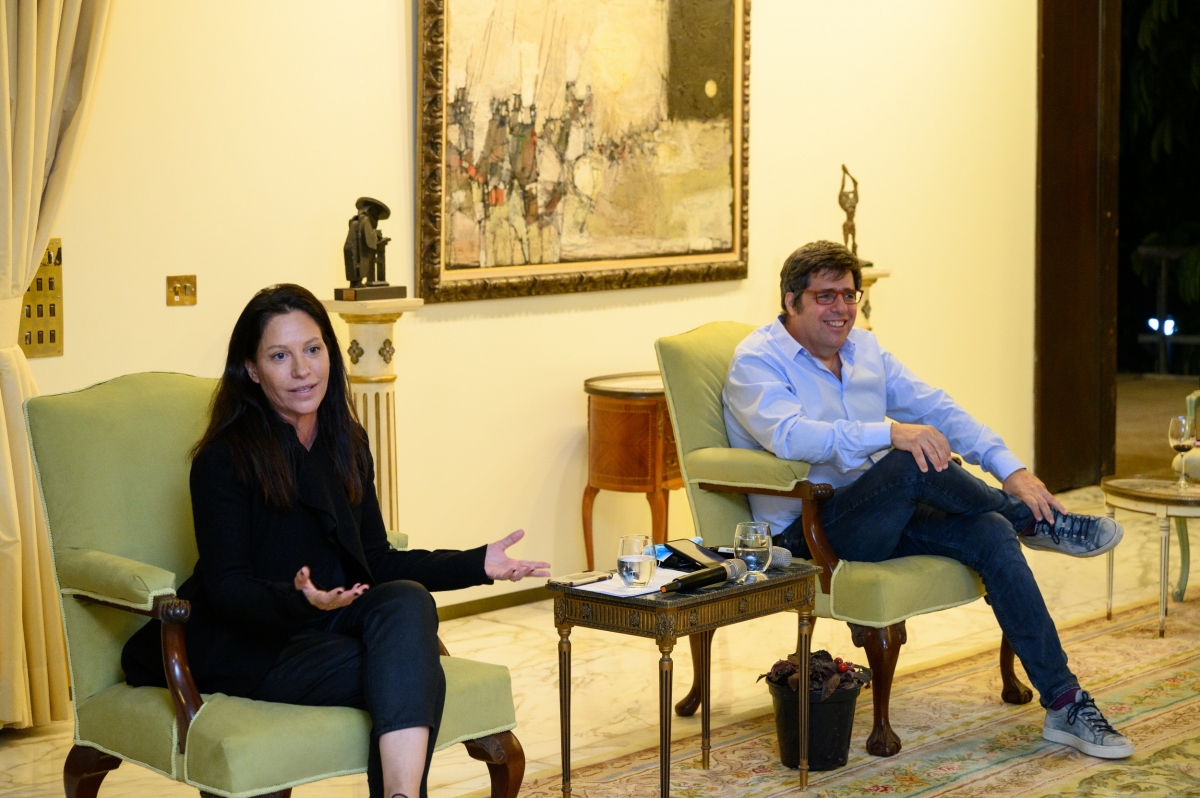 In the end of December, the Israel Friends committee enjoyed a fascinating Zoom conversation with two high-flying leaders: Prof. Alon Chen, President of the Weizmann Institute of Science, and Major General Amikam Norkin, commander of the Israeli Air Force. Prof. Chen shared stories of his “trial by fire” as he stepped into the Presidency in time for the outbreak of the coronavirus pandemic, and also gave an overview of how Weizmann scientists are advancing the worldwide fight against COVID-19. Major General Norkin described the strategic impact of recent normalization agreements between Israel and neighboring countries.

Also at the end of December, the Israeli Friends committee celebrated a “Night of Stars”. Gathering together on Zoom, participants were treated to a live broadcast of the Saturn-Jupiter Conjunction – a once-in-80 years event when the two gas giants can be observed in the night sky, at their closest-ever distance one from the other. Real-time streaming of this planetary “reconciliation” was broadcast to the Zoom participants from the Weizmann campus, where Ilan Manulis, director of the Institute’s Kraar Observatory, manned the telescope and narrated the event as it unfolded.

The meeting continued with stars of another kind: Zoom participants met the creators and lead actors of “Valley of Tears” – a television drama about the Yom Kippur War and its effect on Israeli society. Enormously successful in Israel, the series raised awareness of the challenges of post-traumatic stress, and was recently sold to HBO where it will soon reach an international audience.