Ultrafast strong-field physics provides insight into quantum phenomena that evolve on an attosecond time scale, the most fundamental of which is quantum tunneling. During the tunneling process, the ionized electron is driven away from the molecular core, into the continuum, by the strong laser field where it can be measured via photoelectron spectroscopy.

Photoelectron Holography is induced by the interference of two electron trajectories, both driven by the strong laser field. On the one hand, once the electron tunnel-ionizes, it is accelerated by the strong laser field, which dictates its final momentum. This electron trajectory serves as the hologram’s reference beam. Alternatively, the electron may scatter off the parent ion, serving as the signal beam. The holographic interference pattern of the two trajectories is observable in the photoelectron momentum distribution.

By adding a weak second harmonic (SH) field to the strong fundamental laser field, we perturb the temporal properties of the hologram, and infer the separate roles of the ionization time and the continuum electron dynamics. This approach enables the reconstruction of the subcycle dynamics that underlies the hologram.

This method presents a general concept that can be applied to reveal the underlying dynamics in a large range of attosecond strong field phenomena. 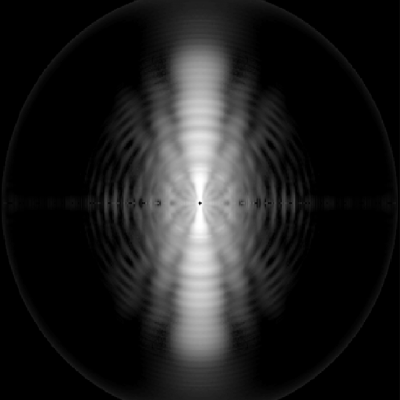