I grew up in Belgium and played, as a kid, on the Anderlecht team. But my heart was with my friends on Maccabi Brussels.

So every year I had to secure a temporary transfer from Anderlecht to Maccabi. I continued to belong to Anderlecht, though, and sometimes we (Maccabi) played against Anderlecht in the league (and even beat them!). We're still in 1966: 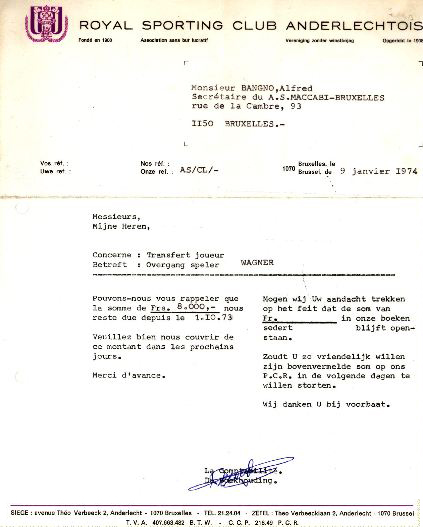 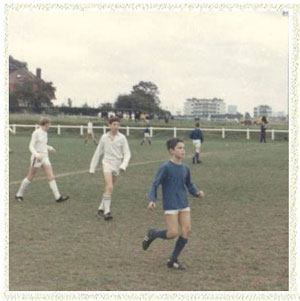 Our team at Maccabi was composed of some of the best Jewish players who ever played in Brussels. One of them, Doron Levi, eventually played several years with Anderlecht and l'Union St Gilloise in the top Belgian league.

Read on about my career in Israel.