The main emphasis and common thread between the various projects is the uncovering of phenomenological and mechanical similarities between apparently different materials families possessing common fibrous characteristics. A secondary focus is on two-dimensional microstructures - surfaces, interfaces, and interphases – which have a profound influence on the physics and mechanics (stress transfer, deformation, fracture) of fibrous composites of any kind, synthetic and natural.

Being extremely intricate, biological composites have the potential to inspire radically new synthetic composite designs, for example in the field of ballistic impact-resistant structures. 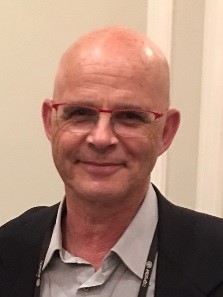 Prof. H. Daniel Wagner obtained his PhD at the Hebrew University of Jerusalem, under the supervision of Prof. Gad Marom (1982). He was a postdoctoral associate and Lecturer at Cornell University (1982-1985) with Prof Leigh Phoenix. Prof. Wagner then joined the Weizmann Institute’s Department of Materials Research (now the Department of Materials and Interfaces), where he is currently a Full Professor and permanently holds the Livio Norzi Professorial Chair in Materials Science. His scientific interests include the micromechanics of novel man-made materials, including carbon nanotubes, graphene, and nanocomposites, and the mechanics of biological composite materials such as bone, dentin, sponge silica spicules, turtle carapaces, scorpion cuticles, as well as cell adhesion. Wagner is the author of 285 papers (15800 citations, h-index: 61) and several book chapters. In 2000 he was the elected Chairman of the Gordon Research Conference on Composites in Ventura, California. He was awarded the Gutwirth Prize (Israel, 2010), the Christoffel Plantin Award in Science (Belgium, 2014), the Landau Prize in Arts and Science (Israel, 2014), the Medal of Excellence in Composites (USA, 2016), the American Society for Composites DEStech Award (USA, 2017), and the Israel Vacuum Society Award (2019)