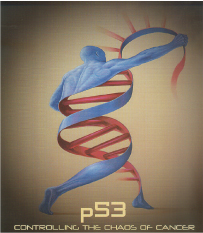 Rotter is among the pioneers who discovered the p53 protein, and provided original insights for the understanding of the molecular and cellular biology of its function as a cancer hallmark. In addition to the identification of important structural functional domains of the p53 protein, she identified and molecularly characterized several mouse and human p53 non-producer cell lines that was seminal for the establishment of the well-accepted concept that wild type p53 functions as a tumor suppressor, while the mutant p53 exhibits an oncogenic activity.

Most significant is her study showing that mutant p53 has a gain-of-function activity in carcinogenesis. Her major contributions included the realization that mutant p53 promotes cancer through its transcriptional activity that renders tumor cells resistant to apoptosis. Rotter’s research focused on the establishment of in vitro models to permit the extensive gene expression analysis and adoption of system biology approaches, which led lead to successfully identify gene networks that are associated with p53 gain-of-function in cancer progression. In an effort to resolve the role of p53 in stem cells she observed that expression of mutant p53 in stem cells led to the development of cancer stem cells that initiate cancer development.