Mapping nodes within the PCD network: Structure/function of the DAPK family

Although the combined work of many researchers over several decades has led to the generation of a detailed map of the PCD network, gaps still remain, especially in newly appreciated pathways such as autophagic cell death. One of our goals is to fill in these gaps by annotating the functions of individual nodes within the network. As an example, we present the DAP Kinase (DAPK) family of death-associated kinases.

DAPK1 is the founding member of a group of closely related death associated Ser/Thr kinases, including DAPK2 (DRP-1) and DAPK3 (ZIPK). They all share significant homology within their kinase domains, but differ in their extra-catalytic C-termini. 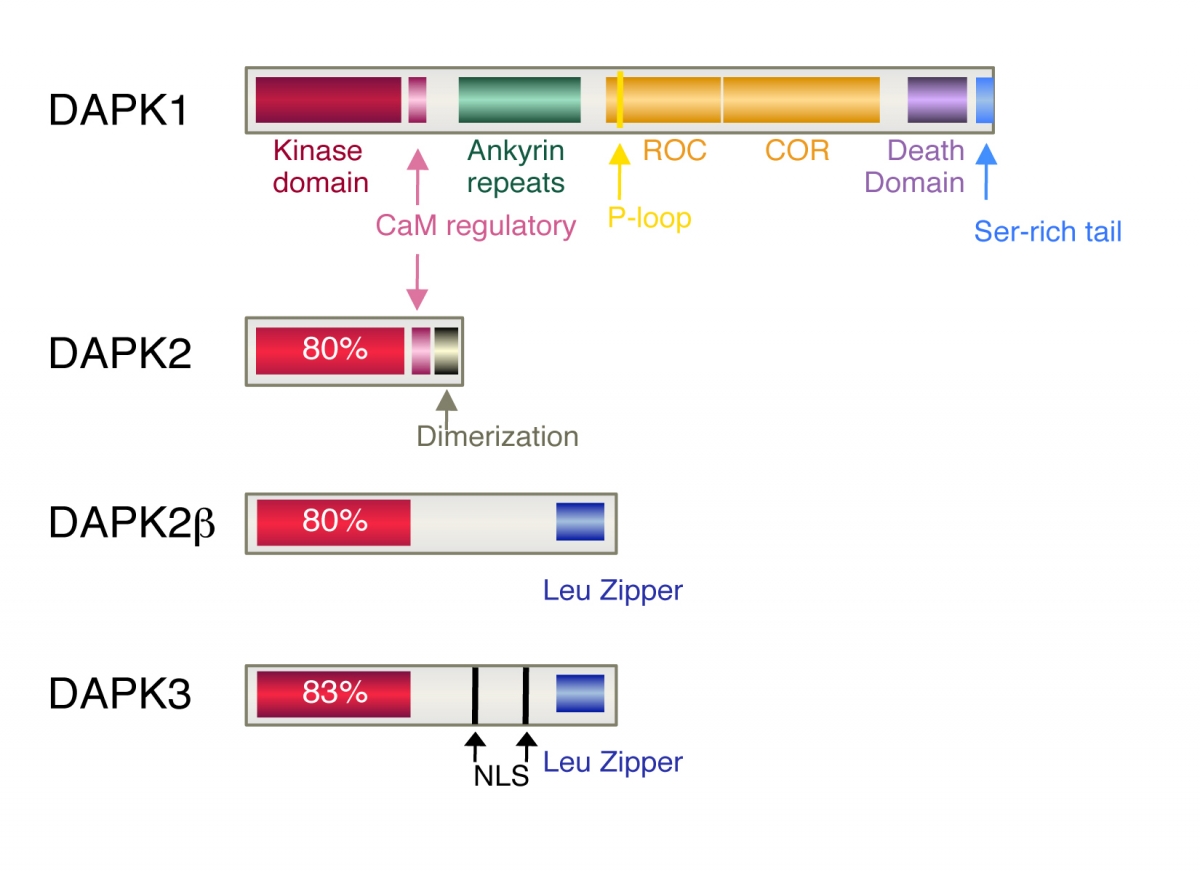 Through bioinformatics analysis, we found that the murine DAPK3 underwent unusual sequence divergence from a conserved vertebrate consensus, leading to changes in protein properties concomitant with adaptive compensatory mechanisms that preserve its function in cell death. In addition, we identified a novel isoform of DAPK2 (DAPK2ß) that shares structural and functional features of both DAPK2 and DAPK3.

Mapping the DAPK family to the PCD network

h in different contexts, our recent work has focused on mapping DAPK1 and DAPK2 within the autophagy module.

We have identified several relevant substrates for DAPK1 and DAPK2 within the autophagy pathway. We have also elucidated various mechanisms of regulation for each of the two kinases, which directly activate their functions in different cellular contexts.  Of special interest is our findings on the regulation of DAPK1 by its GTP-binding ROC domain. The ROC domain is also found in LRRK2, mutations in which are the most common cause of Parkinson Disease. We are also studying the functional relationship between these two kinases, thereby possibly linking DAPK1 to Parkinson Disease.