The goals of this research program have been

The structural genes encoding TbADH and it mesophilic counterparts, CbADH, EhADH, EiADH and MpADH were cloned, sequenced, and overexpressed in Escherichia coli, purified, crystallized, and their 3D structures were determined (in collaboration with the late Prof. Felix Frolow). The 3-D structures of these proteins were the first to be determined for a prokaryotic ADH, as well as for an NADP(H)-dependent ADH

Characterization of the active-site metal ion and the associated ligand amino acids, using atomic absorption spectroscopy analysis and site-directed mutagenesis, verified the presence of a catalytic zinc and the absence of a structural metal ion in TbADH, as well as the involvement of Cys-37, His-59, and Asp-150 (and their analogous amino acid in CbADA, EhADH and MpADH) in Zinc coordination

Site directed mutagenesis studies have been conducted to probe the role of prolines, salt bridges, hydrophobic interactions, ion-pair networks and beta-turns in the thermal stability of these ADHs. 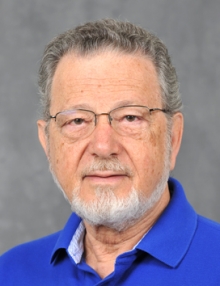