The research interests of Prof. Abraham Shanzer are mainly concentrated in biomimetic Chemistry.

Biomimetic chemistry is a field of research, which aims at mimicking some of the properties of complex biological systems with simple synthetic organic tools. The target molecules in the research activities of the group are four of the families of natural siderophores (iron carriers). Analogs of these compounds were prepared and were found to be biologically active, some of them even performing in a selective manner, typical of the natural molecules. The newly prepared molecules were coupled with fluorescent markers at sites that do not interfere with metal binding and have generated new tools for the study of iron transport mechanisms. Using these derivatives it was found that some of the molecules are introduced into the cells via special receptors in the cell membrane. This property renders these compounds an additional potential value as vehicles for inserting foreign molecules into cells. We are planning to use these tools as prodrugs, which will be activated, inside the cell by the action of enzymes and bind to them pieces of DNA, antibiotic materials and other reactive species.

The group of Prof. Shanzer is also working on a biomimetic approach for the engendering of technological-relevant artificial molecular devices. In these compounds, all the properties that are required for a certain task are incorporated in a single molecule. Assembling of these systems in a supra molecular architecture was also tried forming multi-component molecules that are anticipated to fulfill functions, which the individual consituents are incapable to perform. Molecular switches, activated by redox reactions, were synthesized. Currently we are devoting efforts toward the development of molecular switches that are activated by light. Molecular switches, in which metal ions move between two centers, as a result of changes in the oxidation-state, have already been prepared. Synthesis of switches that have three centers or more are actively under development.

Prof. Shanzerís group is also involved in the preparation of functional assemblies. Tailor-made coordination based molecules are envisioned to provide anisotropic supramolecular structures on solid supports. Among these structures, which open up a multitude of opportunities in future applications, the use of porphyrins and phthalocyanines as functional elements is the most exciting. In monolayers of these complexes, the metalloporphyrin fragments are oriented in a predetermined fashion, mainly perpendicular to the surface. These assemblies are expected to perform complex functions such as light harvesting, control of surface properties, magnetic switching and molecular sensing. 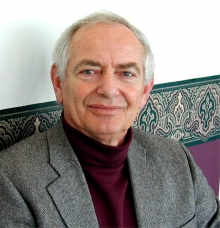