How individuals improvise their way to survival

Darwin’s theory of natural selection explains the emergence of advantageous traits in a population—like the long necks that allow giraffes to reach leaves inaccessible to their competitors. This theory, however, does not explain how a single individual might adapt to novel stress conditions. A new conceptual solution proposed by Prof. Yoav Soen and his team in the Department of Biomolecular Sciences explains how a temporal series of semi-random adjustments contributes to survival on the individual level. This adaptation, called “Adaptive Improvisation,” is not necessarily genetic and is not based on competition between individuals.

Adaptive Improvisation is an organization principle that provides a powerful new way of understanding the everyday, low-risk evolution that occurs within every individual, whether that individual is a cell, a plant, or even a person.

A key element of this principle is demonstrated by a theoretical model developed in collaboration with Prof. Naama Brenner from the Technion – Israel Institute of Technology, and recently published in Nature Communications. This model provides a mathematical proof-of-concept for the possibility that a complex system, such as a cell, can identify solutions to a novel problem using nothing more than random exploration over time—improvisation. Since the number of potential changes is astronomical, it is not clear how such random exploration can be comprehensive enough to find a beneficial solution, especially without a “learning” algorithm to advise on a preferred direction of change. According to Prof. Soen, the secret—at least in part—is in the general structure of the network.

For the purposes of this study, a beneficial solution was defined as one that achieves alleviation of the stress created by a novel demand that cannot be satisfied by the system’s initial properties. Computer simulations based on the Adaptive Improvisation model identified two key requirements for such stress relief to occur within an individual.

First, there must be a small number of regulatory “hubs” that control a large number of downstream nodes. Second, the regulatory hubs should have the ability to regulate themselves. Significantly, both of these predicted characteristics have been found to be hallmark properties of gene regulatory networks.

Although the current study referred to adaptation in a single cell, Prof. Soen’s approach is equally applicable to the lifelong process of adaptation that occurs in whole plants and animals.

New insight on an old rivalry

Prof. Soen notes that some adaptive changes— those affecting the relative balance of different types of bacteria in the gut microbiome, for instance—can be passed on to the next generation. This fits with the theories of the French biologist Jean-Baptiste Lamarck, who suggested that individuals can adapt to changing environments and pass these adaptations to their offspring.

“While Lamarck’s views were discounted and replaced by Darwin’s theories, recent findings have led researchers to reconsider the Lamarckian possibility of inheriting environmentally induced traits,” Prof. Soen says. “Since Lamarckian adaptation refers to individuals, Adaptive Improvisation may be the ‘missing link’ that expands our understanding of evolution to the level of the individual. Populations adapt through natural selection, while individuals adapt by natural improvisation.” 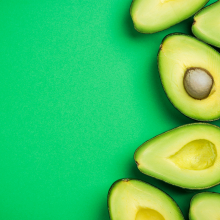 A fresh remedy for anxiety

A natural, plant-derived substance found in abundance in avocados may help reduce anxiety without the negative side effects often associated with neuropsychiatric drugs, according to a Weizmann Institute study. 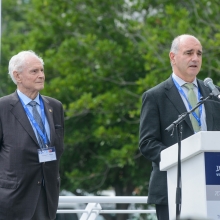 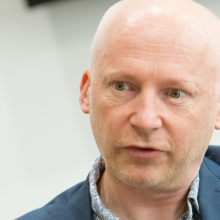