Getting to know Triton—just one of 14 moons known to orbit the planet Neptune, Earth’s very distant neighbor—might seem a surprising goal for a scientific space mission. But the mysteries of this particular moon are so compelling that NASA’s Discovery Program, which supports missions dedicated to advancing planetary science, recently chose a proposed Triton-bound launch as one of four finalists selected for funding and further development. The proposed mission, will include several novel technologies including one designed by scientists at the Weizmann Institute in collaboration with the Israel Space Agency, may help clarify the conditions needed to support life on other planets within our solar system, and even beyond.

Triton, which orbits in the opposite direction to all Neptune’s other moons, is an intriguing oddity. Some scientists believe that eons ago, Triton wandered into our solar system from the outside, where it became trapped by Neptune’s gravitational field. Characteristics of its surface—identified through pictures beamed back from Voyager 2, a NASA space probe that traversed the solar system three decades ago—marked Triton as one of the most youthful moons ever observed. It has winds and an atmosphere, as well as surface dynamics that hint at the presence of large reserves of liquid—a hidden, underground ocean.

This combination of factors makes Triton an exciting target for space exploration, because it could help us understand how habitable worlds might develop in our solar system and beyond. However, analyzing evidence gathered on future fly-by missions to Triton requires extremely powerful and accurate technology. That’s where the Weizmann Institute—specifically, the work of the Institute’s Prof. Yohai Kaspi—comes in.

Looking for an ocean, and more

A member of the Department of Earth and Planetary Sciences, Prof. Kaspi is part of the team behind Trident—a space mission designed to examine Triton’s atmosphere and surface, and to determine whether this moon indeed has a subterranean ocean. Headed by Dr. Louise Prockter of the Lunar and Planetary Institute in Houston, Texas, and partially funded by $3 million in grant money recently conferred through the NASA Discovery Project, the mission would involve flying a spacecraft over Triton at a distance of only 500 km from the lunar surface.

The experiment led by Prof. Kaspi aims to better understand the structure of the atmosphere of Triton by sending a radio beam through the atmosphere of Triton, and having it beamed back to Earth. The accuracy of this measurement will depend on an ultra-accurate clock that will be carried aboard the spacecraft, designed by Prof. Kaspi together with Dr. Eli Galanti, a member of his research group. The clock is so accurate it will lose less than a second in ten million years.

Based on the scientists’ instructions, the clock will be built by the Jerusalem firm Accubeat. The construction and integration of the clock into the exploratory mission will be funded by the Israel Space Agency.

The new technology builds on something the scientists previously developed for use aboard a spacecraft that, in May 2022, will set out to explore the moons of Jupiter. Sponsored by the European Space Agency, this mission is called JUICE—short for JUpiter ICy moons Explorer. It will use a Weizmann-designed clock to calculate Doppler displacement of radio waves beamed back from Jupiter to scientists on Earth.

As Prof. Kaspi and Dr. Galanti prepare for their clock’s inclusion on board the spacecraft bound for Triton’s lunar surface, they have no choice but to take the long view. This is because the launch date must be fixed according to a window of opportunity in which the configuration of the planets would enable a spacecraft to reach Triton in just 12 years. The next opportunity will not come around until 2026, marking the beginning of a journey that will culminate in the craft reaching Triton’s atmosphere in 2038. 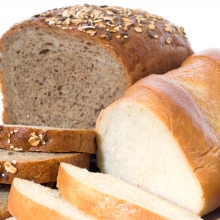 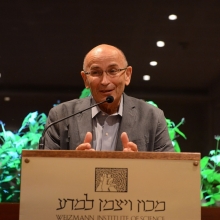