The Clore Garden of Science is a unique hands-on, outdoor museum on the Weizmann Institute campus. Its first exhibit was built in 1979, and it has since grown and expanded, serving as a model to outdoor science museums worldwide.

How did it start? Dr. Moshe Rishpon served as head of the Youth Activities Unit at the Weizmann Institute of Science and was one of the main visionaries behind ​​the establishment of the Clore Garden of Science. In 1978, during a sabbatical in California, he took the opportunity to visit the San Francisco Science Center (Exploratorium) located on a pier. He asked the director of the Center, Prof. Frank Oppenheimer, if such a center could be built under the open skies. The reply: Of course—but not in San Francisco. Dr. Rishpon returned to the Weizmann campus and determined that it be established on the campus—where, in any case, the weather is more suitable.

Dr. Rishpon returned to the Institute equipped with the plans and vision to develop the Exploratorium in Israel under open skies. He immediately began working to establish the Garden in the Amos De-Shalit Youth Center as part of the Youth Activity Unit.

The first exhibit in the garden, built in 1979, was the carousel, which demonstrates the principle of conservation of angular momentum, and responds to changes in the moment of inertia by changing the speed of rotation. And the rest, as they say, is history… 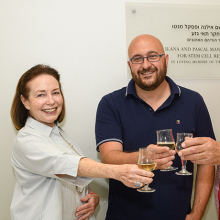 An artificial “womb” designed by Weizmann Institute scientists, have successfully been grown into mouse fetuses with fully formed organs. 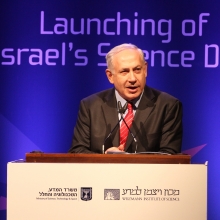 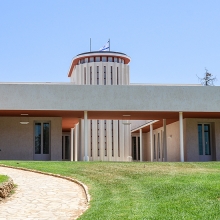