If you travel frequently by airplane, you probably know what to do “in the unlikely event of a sudden loss of cabin pressure”.

But you probably don’t know that a slight reduction of cabin pressure—or more specifically, moderate, short-term reductions in oxygen levels—may someday help travelers avoid post-flight jet lag, or snap back to schedule faster when it occurs.

In a study published in Cell Metabolism, a team led by Dr. Gad Asher of the Weizmann Institute’s Department of Biomolecular Sciences demonstrated how natural fluctuations in tissue oxygenation–the rate at which oxygen is absorbed into cells–occur according to a fixed daily cycle. They further discovered such oxygen cycles synchronize circadian rhythms–the “clocks” present in every cell that deliver time-based messages about a host of physiological processes, including when to sleep and when to wake up.

While scientists have long recognized that circadian rhythms are influenced by sunlight, food consumption, and temperature, Dr. Asher’s study is the first to document how fluctuations in oxygen levels serve to reset the circadian clock. The team also located the oxygen-dependent “reset button” that helps the body overcome a shift in daylight hours and get back on schedule: a protein called HIF1α. Based on studies performed in a mouse model, the scientists’ findings may someday allow commercial airlines to reduce jetlag in humans, by programming “oxygen modulation therapy” into the very air their passengers breathe.

Three percent, twice a day, and call me in the morning

Co-authored by Weizmann Institute postdoctoral fellows Dr. Yaarit Adamovich and Dr. Benjamin Ladeuix, as well as the manager of Dr. Asher’s lab Dr. Marina Golik and Maarten P. Koeners of the University of Bristol, the new study shows that changing the concentration of oxygen in cells by just 3 percent, twice a day, will synchronize mouse cells to a circadian rhythm. The scientists suspected that the HIF1α protein was the link between oxygen and the circadian clock, and this suspicion was borne out in experiments in which cells engineered for low HIF1α levels failed to synchronize in response to oxygen variations.

The researchers also explored oxygen’s effect on jetlag. Just like humans, mice are prone to jetlag after a sudden shift in daylight hours–something that, in the current study, was simulated by a shift in the schedule of ambient light in the lab.

“Once mice experienced a six-hour jump ahead in daylight hours, calibration of oxygen levels helped them quickly adapt their eating, sleeping, and running habits to the new time,” Dr. Asher explains. “We discovered that a small drop in oxygen levels 12 hours before the six-hour daylight shift, or two hours afterwards, put the mice back on their circadian schedules faster. By performing these experiments both on normal mice, and on mice specially engineered for HIF1α deficiency, we demonstrated that the HIF1α protein plays a central role in this reset.”

An end to jetlag in humans?

The standard air pressure in commercial airliners is relatively low, matching the air density of high-altitude city located 6,000-8,000 feet above sea level. While this low-pressure saves wear and tear on the airplane, it contributes to passenger airsickness, so much so that some airlines are thinking of increasing the air pressure on flights. However, Dr. Asher’s experimental results may cause these airlines to reconsider.

“Pulsed and lowered air pressure in commercial jets could potentially improve passengers’ ability to recover from jetlag,” Dr. Asher says. “We are very much looking forward to examining this phenomenon, which we saw in mice, in human subjects.”

Understanding how oxygen influences the circadian clock goes beyond jetlag. Cardiovascular disease, COPD, shift work sleep disorder, and other common health problems can result in tissues with low oxygen levels. “In the current study, we showed how oxygen works in mammals, specifically rodents,” Dr. Asher says, “but it will be interesting to test whether oxygen can reset the clock of bacteria, plants, flies and additional organisms,” 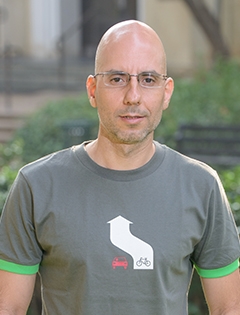 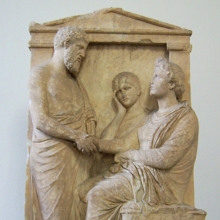 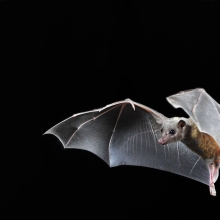 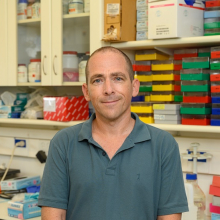 Advancing the health of humankind

Prof. Shalev Itzkovitz from the Department of Molecular Cell Biology has received the 2022 Rappaport Prize for Excellence in the Field of Biomedical Research.