Accessibility
Disclaimerclose
Home / Sections / Briefs / How Did The Moon Form

Now, computational modeling by planetary scientists at the Weizmann Institute has painted a new picture of the violent circumstances accompanying the Moon’s birth, one that involves collisions between a number of objects and the Earth’s surface. In so doing, they have presented an elegant theory that represents a formidable challenge to the long-favored “giant impact” scenario of the Moon’s formation.

In their study, published in Nature Geoscience, doctoral student Raluca Rafu and Prof. Oded Aharonson of the Department of Earth and Planetary Sciences set out to seek alternatives to the Moon-formation hypothesis in vogue since the 1970s - in which a single collision of a Mars-sized object produced a hot, massive, and rapidly rotating disk around the Earth from which the Moon then condensed and cooled to its present form.

An alternative theory was necessary because of a vexing problem with the “giant impact” scenario. According to this scenario, 80 percent of the material ejected into space came from the impacting object, with 20 percent emanating from the Earth’s surface. However, modern studies have shown that the chemical composition of the Earth and the Moon are a near-perfect match, indicating that most, if not all, of the Moon’s formative material originally came from Mother Earth. The liberation of such a huge amount of material in a single blow - leading to the formation of the Moon we know - would require that the cosmic collision match highly specific criteria, in fact, so specific as to be improbable.

The study presented a compelling model that may solve that mystery. Using Chemfarm, a computational infrastructure consisting of more than 5,000 processor cores, the researchers ran 800 simulations about how, in the early days of our solar system, bombardment of Earth by extraterrestrial objects may have caused the Moon to emerge. Their investigation suggests that it was a series of run-ins with smaller objects, rather than a single giant punch, that formed the Moon. These smaller collisions could have resulted in the creation of orbiting “moonlets” - which later merged into a single Moon.

Working together with Dr. Hagai Perets of the Technion, Prof. Aharonson’s team suggested that a number of smaller collisions might better explain what happened several billion years ago, when the solar system was taking shape. Such smaller bodies would have been more prevalent in the system, and thus collisions with the smaller objects would have been more likely.

According to Prof. Aharonson, the scenario also offers an explanation for the isotope identity crisis: the fact that the chemical signature of the Earth and Moon are so remarkably similar.

“If a number of different bodies collided with Earth over a period of millions of years, their different chemical signatures - for example, ratios of oxygen-16 to its heavier cousins, oxygen—17 and -18—might even out, masking the traces of the various collisions,” he says.

According to Raluca Rufu, the new model provides a strong basis for determining the long-term dynamics that may have formed the most familiar face in the night sky. “The new scenario does not require finely tuned initial conditions,” she says. “And if the smaller moonlets, as we think, were drawn into the same orbit, they could have merged over millions of years.”

Oded Aharonson is funded by The Benoziyo Endowment Fund for the Advancement of Science, J & R Center for Scientific Research, The Helen Kimmel Center for Planetary Science which he heads, Adolf and Mary Mil Foundation, The Minerva Center for Life under Extreme Planetary Conditions which he heads. 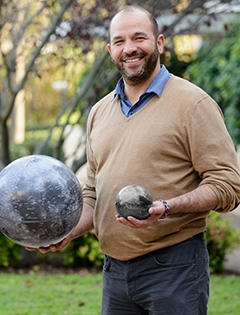 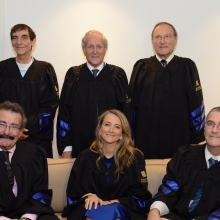 In a special session of the Annual General Meeting, the Weizmann Institute recognized the achievements of six people whose contributions to society resonate beyond their own fields of activity. 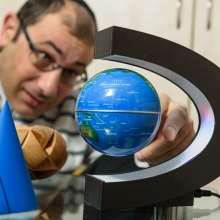 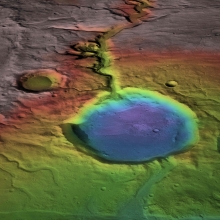