A revised dating scheme clarifying the period in which Homo sapiens first emerged from Africa also reveals how these earliest representatives of the human race may have crossed paths with their evolutionary predecessors. Re-examining a previously-­excavated site using the most modern archaeological technologies, Prof. Elisabetta Boaretto and her team recently revealed evidence of early Neanderthal–Homo sapiens coexistence, painting a clearer picture of the cultural exchange that influenced the history—and ascent—of humankind.

Working with Dr. Omry Barzilai of the Israel Antiquities Authority, Prof. Boaretto of the Weizmann Institute’s Scientific Archaeology Unit examined Boker Tachtit, an area in the Negev desert first excavated nearly 40 years ago, and which was believed to provide evidence for a lengthy transition from a predominantly Neanderthal culture to an era dominated by modern humans. However, due to the limitations of the radiocarbon dating techniques used by earlier archaeological teams, the period in which this transition was said to have occurred was inconsistent with other findings in the region.

To clarify when the Neanderthal-Homo sapiens transition took place, Prof. Boaretto and her colleagues used high-resolution radiocarbon dating, along with advanced microscopy and image analysis, to determine how Boker Tachtit was formed, and to determine a chronology of its likely inhabitants. This revealed a relatively narrow window some 50,000 years ago in which modern humans met and interacted with Neanderthals at the site. The study, published in June in Proceedings of the National Academy of Sciences, deepens our understanding of the last dispersal event of modern humans from Africa, a watershed moment in human culture. 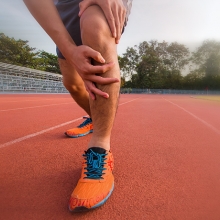