Cancer immunotherapy based on discoveries by Prof. Zelig Eshhar

It was back in the 1980s that Prof. Zelig Eshhar, a member of the Weizmann Institute’s Department of Immunology, first hypothesized that T cells might hold the key to beating back cancer.

Now, this early hunch has been dramatically validated, with the announcement that Gilead Sciences Inc. (Nasdaq: GILD) had agreed to pay $11.9 billion for Kite Pharma, a California-based company that licensed Prof. Eshhar’s breakthrough technology from the Weizmann Institute, using it as the basis of an effective, highly personalized cancer immunotherapy.

Prof. Zelig Eshhar, an Israel Prize laureate who sits on Kite’s scientific advisory board, explains that the technology, called CAR T-cell therapy, engineers the cells of the patient’s immune system so that they recognize the cancer and attack it when re-injected into the patient’s body.

In CAR T-cell therapy, a patient’s T-cells—white blood cells that attack foreign or abnormal cells—are extracted then are enhanced with two structures that, together, improve T-cells’ ability to bind to the surface of cancer cells, and also promote a more vigorous immune response.

Developed in animal models over the course of two decades, Prof. Eshhar’s technology has generated much excitement after a series of successful clinical trials in human patients.  In 2011, University of Pennsylvania researchers revealed that they had successfully used CAR-T in a pilot trial of patients with chronic lymphocytic leukemia (CLL). In December 2012, the researchers reported that nine of 12 leukemia patients in the ongoing clinical trial responded positively to the therapy.

In March 2013, investigators at New York's Memorial Sloan Kettering Cancer Center published the results from another clinical trial involving adults with chemotherapy-resistant acute lymphoblastic leukemia, or ALL. In stunning results, there was a 100 percent success rate: all five of the patients who received genetically modified versions of their own T cells achieved complete remission. Most recently, University of Pennsylvania researchers conducted a trial in which cancers in 27 out of 29 patients went into remission or disappeared altogether.  All the patients in this study were considered “end stage”—people with advanced cancers who have exhausted all other treatment options.

Kite Pharma applied Prof. Eshhar’s technological approach to the development of more than 10 therapies that target various cancer types, providing personalized treatment for individual patients. Focusing principally on aggressive blood cancers in order to meet the needs of patients who have stopped responding to other therapies, the company prides itself on both the effectiveness of its cell therapies and their speed of delivery; only about two weeks pass between the initial extraction and the reintroduction of improved, cancer-fighting cells into the patient’s bloodstream.

Kite Pharma’s President and Chief Executive Officer, Dr. Arie Belldegrun, says that Prof. Eshhar’s technology fulfills an urgent and unmet medical need. “CAR T has the potential to become one of the most powerful anti-cancer agents for hematologic cancers,” he says. “With the expanded operations made possible through this acquisition, we hope to fulfill that potential by rapidly accelerating our research and manufacturing technologies for the benefit of patients around the world.”

Prof. Eshhar is supported by the Leona M. and Harry B. Helmsley Charitable Trust and the Comisaroff Family Trust. 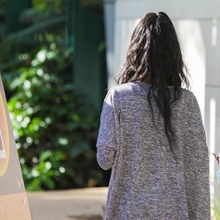 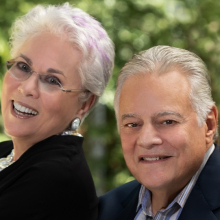 The new Pennie and Gary Abramson Family International Residence will house Weizmann students and postdocs and have a pervasive impact on research across campus, in all fields of scientific inquiry. 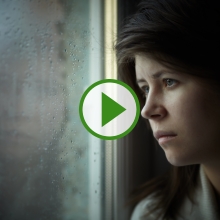