Prevention is better than cure when it comes to any illness, and influenza (the flu) is no exception. Between five and 20 percent of the U.S. population is infected by the flu every year, and thousands die from flu-related illnesses. Fear of the flu is in the numbers: American drug companies plan to manufacture over 160 million doses of injectable flu vaccine in the coming year alone.

The need to produce so many doses stems from the fact that the flu—unlike other infectious diseases—changes every year, forcing the annual design of new vaccines. However, a new approach developed by Prof. Ruth Arnon, a member of the Department of Immunology and a former President of the Israel Academy of Sciences, has resulted in a vaccine potentially capable of protecting people from the flu for many years and against all strains of the virus in a single shot.

No stranger to pharmaceutical innovation, Prof. Arnon is the co-developer of Copaxone®, a multiple sclerosis (MS) drug that commands a third of the market worldwide. Today, she is Head of the Scientific Advisory Board of BiondVax Pharmaceuticals Ltd., which has developed a universal vaccine based on decades of peptide research conducted in her lab at the Weizmann Institute.

“We chose influenza because so much was already known about it,” she says. “We knew that some regions of the virus change, while others do not. So we decided to target the non-changing areas with the assumption that these regions might be essential for infection, and also anticipated that—if the non-changing regions appeared in many flu types—this approach could be widely effective.”

Both assumptions proved correct. Vaccinating mice with the synthetic vaccine, Prof. Arnon’s team achieved 100% protection from several strains of the flu virus. Moreover, the mice remained disease-free for seven months—the equivalent of decades of flu-free health in humans. Later, in collaboration with her departmental colleague Prof. Yair Reisner, working with “humanized mice,” the results were similar: although these vaccinated engineered mice were exposed to the influenza virus, they remained disease-free.

Patented by Prof. Arnon and Dr. Tamar Ben-Yedidia—a former student and research associate in the Arnon lab—the universal vaccine technology was licensed to BiondVax. Following a series of successful clinical trials involving close to 700 participants, the vaccine will soon be tested in several thousand people in a Phase III trial to determine the vaccine’s clinical efficacy—the final barrier to FDA approval.

“If people once thought it impossible to eradicate the flu in humans, we now believe that this goal can be realized in the coming years,” says Dr. Ron Babecoff, the company’s Founder and CEO. “We named our company BiondVax—that is, beyond vaccines—because the research indicates that this approach will lead to less flu-related hospitalization and less mortality.” Dr. Ben-Yedidia, now the company’s Chief Scientist, adds: “The universal vaccine will respond to a significant need by providing multi-season protection against both seasonal and pandemic influenza strains.”

“The flu is a truly global threat,” Prof. Arnon says. “While our vaccine is still not yet available in the pharmacy, I’m optimistic. In scientific research, the very highest satisfaction is to know that you can help people.” 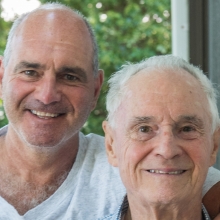 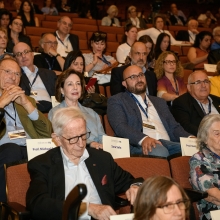 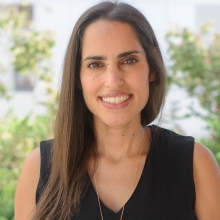