In the womb, the fetus is entirely reliant on the blood supply from the mother. For physicians, a tool to spot irregularities in the flow across the placenta could be crucial for detecting fetal distress.

But no reliable method is as yet available for monitoring the blood flow in the placenta. While magnetic resonance imaging (MRI) can be safely performed during pregnancy, current MRI methods aren’t able to monitor blood flow properly. It’s just too hard to separate out interferences: the motion of the fetus, the mother’s breathing pattern, the varied structure of placental tissue, and the tangled maze formed by maternal and fetal blood vessels.

But a new study by Weizmann Institute scientists has revealed unprecedented, intricate detail about the placenta, which, if developed further and applied to humans, could help detect fetal distress caused by disruptions in the placental flow. When fast decisions about inducing labor need to be made - like in pregnancy complications such as intra uterine growth restriction (IUGR) - this new information could be incredibly valuable.

The study, conducted in mice using sophisticated MRI methods, was reported recently in Proceedings of the National Academy of Sciences (PNAS). Prof. Michal Neeman, the newly appointed Institute Vice President and a member of the Department of Biological Regulation, and Prof. Lucio Frydman of the Department of Chemical Physics, identified three different types of fluid-filled structures: maternal blood vessels, which account for two-thirds of blood flow in the placenta; fetal vessels, which account for about one-quarter of the flow; and embryo-derived cells infiltrating the mother’s vasculature, which account for the rest of the flow and in which the exchange of fluids between mother and fetus takes place.

The researchers also found that in maternal vessels, blood flows by diffusion, whereas in fetal vessels, the flow—stimulated by the pumping of the growing fetus’s heart—is much faster. In the cells that had infiltrated the mother’s vasculature, the dynamics of the flow follows an intermediate pattern, driven by both diffusion and pumping.

Two different sophisticated MRI methods were applied successfully largely thanks to an innovative scanning approach, spatiotemporal encoding (SPEN), a Weizmann Institute technique. Because SPEN is ultrafast, it allowed the researchers to overcome disturbances created by movement and the variability of placental tissue.

The research was performed by two graduate students, Reut Avni from Prof. Neeman’s lab and Eddy Solomon from Prof. Frydman’s lab, together with Ron Hadas and Dr. Tal Raz of the Department of Biological Regulation and Dr. Peter Bendel of the Department of Chemical Research Support, in collaboration with Prof. Joel Richard Garbow from Washington University in St. Louis. 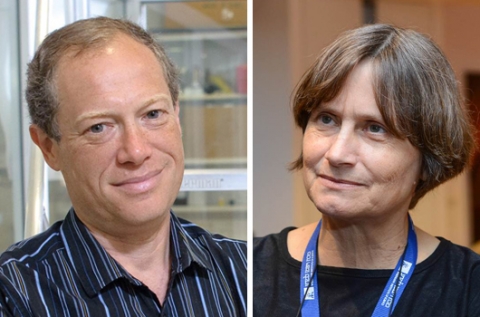 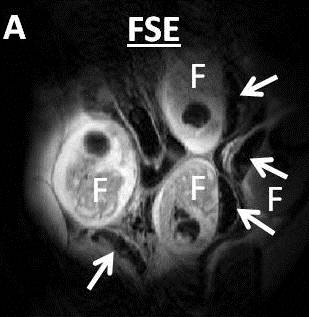 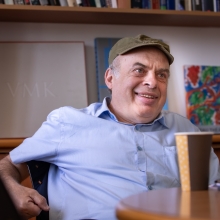 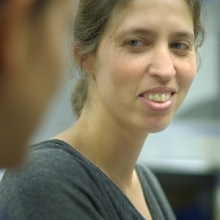 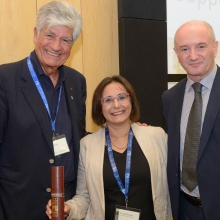 The Maurice Lévy Research Fellow Chair in Science Teaching was established during the 2017 International Boad, with Dr. Yael Shwartz of the Department of Science Teaching as its first incumbent.