FDA approves third-generation hepatitis B vaccine based on Weizmann research

Prof. Yosef Shaul was a postdoc at the University of California, San Francisco in the 1980s when he read about the recently discovered genome of the hepatitis B virus (HBV). Already widely associated with liver cancer, the virus turned out to be a tiny DNA virus which uses RNA to replicate.

“At the level of basic science it was very important. We had never seen this kind of virus before with its unique type of genome and life- cycle,” says Prof. Shaul, now in the Department of Molecular Genetics at the Weizmann Institute. His lifelong quest to understand the mechanisms of the virus, and its connection to liver cancer, has led to some remarkable discoveries— not least an extremely effective vaccine against HBV, recently approved by the US Food and Drug Administration (FDA).

Empty on the inside

Hepatitis B is a potentially life- threatening virus which attacks the liver, causing both acute and chronic disease. It is most commonly transmitted from mother to child during birth, or in children up to five years old,  through their exposure to infected blood. Adults contract the virus via contact with blood or other bodily fluids. The World Health Organization estimates that 296 million people are living with chronic hepatitis B, with 1.5 million new infections each year, and an estimated 820,000 deaths per year (mostly from HBV-related cirrhosis and liver cancer).

The virus enters the body’s cells using surface antigens—the spike proteins that the world came to understand through the coronavirus. However, unlike the coronavirus, which has one spike,HBV has three spikes—short, medium, and long. As a molecular geneticist, Prof. Shaul wanted to understand how one tiny HBV gene could produce three different spikes. In the process of finding out, he invented a particle which looks like the virus on the outside (containing all three spikes), but is empty on the inside, i.e. does not contain any genetic elements, and therefore is very safe. He then realized that this new discovery

From a particle to a vaccine and beyond

Prof. Shaul contacted Yeda R&D, the tech transfer arm of the Weizmann Institute. At that time, BTG, the  only  biotech  company in Israel was not interested in the 3-antigen empty particles because of the expense—Prof. Shaul’s surface antigen particle is made using a mammalian cell line, and therefore much more expensive than the first generation HBV vaccine, produced using yeast cells. However, an agreement was eventually signed between Yeda and BTG in 1988, allowing the company to develop the new vaccine, which was approved for use in Israel in 2000. Researchers continued to study the effectiveness of the vaccine and, as Prof. Shaul explains, clinical trials showed

that “the vaccine was so effective, it could not be ignored.” With HBV carriers and liver cancer on the rise worldwide, and a subgroup of the population not responding to the first-generation vaccine, the US-based pharmaceutical company, VBI Vaccines, decided to try for approval in the US, Europe, UK, and Canada. This included renovating their laboratories in Israel, where the vaccine had originally been produced and approved for use, to meet FDA standards.

This past December, the FDA announced its approval of the 3-antigen, or third generation, vaccine (called PreHevbrio in the US), based on results from two clinical trials. In those studies, subjects who received the PreHevbrio vaccine had higher rates of serioprotection (antibody levels needed to protect from infection), which they achieved faster, when compared to those who had received the first-generation vaccine. PreHevbrio also worked better in individuals who had little or no response to the first- generation vaccine.

Indeed, the implications for Prof. Shaul’s antigen particle go further  than  preventing HBV. The vaccine’s increased effectiveness against the virus has the potential to dramatically reduce the occurrence of liver cancer in the future. In addition, VBI is  currently  carrying  out clinical trials to test the vaccine as a treatment for those who are already infected with HBV.

When asked how he feels about the impact of his work, Prof. Shaul quietly says, “I am happy to be able to help people, and that my research brought me to this point.” 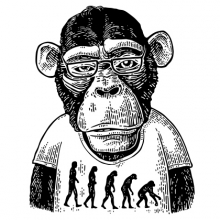 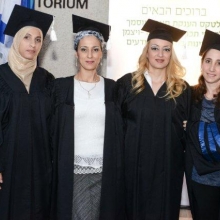 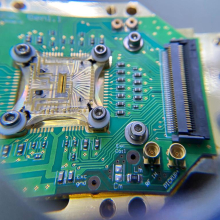 Guardians of the logic gates