Malaria parasites are known to be master manipulators, capable of making drastic changes during their lifecycle that promote their survival. But now, research by Dr. Neta Regev-Rudzki of the Department of Biomolecular Sciences has revealed a previously unknown defense strategy that is downright devious: malaria parasites generate “decoy” messages that misdirect the body’s immune response. This provides a critical window of opportunity during which the parasites can replicate freely with no immune involvement, making malaria infection more difficult to contain.

In her previous research, Dr. Regev-Rudzki discovered that malaria-infected red blood cells communicate by exchanging vesicles—tiny, membrane-bound sacs—that contain a specific collection of genes, RNA, and proteins. This vesicle-encased cargo throws the normal immune response off-balance, allowing the parasite to live on, and to infect again.

Within the first 12 hours of infection, malarial parasites generate DNA-filled nanovesicles that penetrate monocytes. This causes other immune mechanisms to rush to the monocytes’ defense, leaving the malaria parasites safe to replicate and spread. Dr. Regev-Rudzki and her team identified the molecule responsible for trumpeting out the parasites’ devious message: a protein that goes by the acronym STING, which is activated during nanovesicle infiltration of the monocytes.

“We knocked out the gene that codes for the STING protein, and as a result, the chain of molecular reactions that generated the misleading signaling was interrupted,” says Dr. Regev-Rudzki. “We discovered a subversive strategy used by the malaria parasite to thrive in human blood, as well as a way to block it.”

Further studies related to this mechanism may point the way toward new clinical therapies for malaria, a dreaded disease that kills an estimated half-million people annually.

Dr. Neta Regev-Rudzki is supported by the European Research Council, the Jeanne and Joseph Nissim Foundation for Life Sciences Research, David E. and Sheri Stone, the Soref New Scientists Start-Up Fund, and the Weizmann – UK Making Connections Program. She is the incumbent of the Enid Barden and Aaron J. Jade President's Development Chair for New Scientists in Memory of Cantor John Y. Jade. 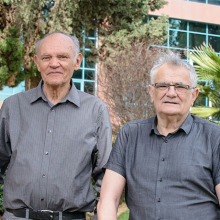 Awarded the prize for his work on behalf of public health during the COVID-19 pandemic. 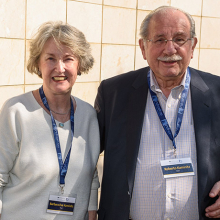 The said building is the former Kaminitz Hotel, the first hotel outside the Old City walls, and it was once indeed a luxurious residence for famed international travelers, businesspeople, and world leaders more than a century ago.