Achievement eclipses disappointment in eight-year journey to the Moon

Israel’s Beresheet spacecraft ended its eight-year journey to the Moon with a crash landing, but it succeeded in galvanizing Israelis—and fans worldwide—around science, and proved that the sky is no longer the limit when it comes to the prowess and promise of Israeli science and technology.

After seven weeks in space and multiple complex maneuvers around both the Earth and the Moon, Beresheet entered the lunar orbit on April 4 in the most complicated maneuver of all, making Israel only the seventh country to ever achieve this feat. Then, on April 11, the spacecraft began its descent and Israelis held a collective breath. A cheer went up as Beresheet broadcast a selfie against the backdrop of the Moon, showing the Israeli flag and the words “Small country, big dreams.” Then the main engine stopped working, and then miraculously began working again—but it was too late to slow its velocity, and Beresheet crashed to the surface.

Its SpaceIL creators—including the Weizmann Institute’s Prof. Oded Aharonson, the Mission Scientist—had known the attempt was risky, and were always ready for this possibility at any point along the route. After all, this is the way of science: trial and error, building on the successes and failures of others, and sweating it out until something breathtaking happens. Space is hard.

To be sure, the unfortunate demise of Beresheet doesn’t obscure the many technological and engineering achievements that it took to get to the Moon, and the fact that excellence, innovation, and research—and perhaps a dose of Israeli hutzpah—comprise the ideal recipe for progress. And let’s not forget Israeli resilience: Two days later, philanthropist Morris Kahn, who provided the bulk of the funding for SpaceIL, announced the launch of Beresheet 2.

“My message to kids is that if at first you don’t succeed, you must get up and complete the work… We are going to complete the mission,” he said in a video posted on Facebook.

Bright side of the Moon

During SpaceIL’s eight-year development of Beresheet, more than one million Israeli school students spent time in their classrooms learning about the mission and outer space. This was made possible through special presentations from the organization’s educators—SpaceIL actually works with more volunteer educators than it employs paid engineers—and free kits available on its website. The mission was intended not only to swell national pride, but also to create an ‘Apollo effect’—to inspire future generations of Israelis to pursue studies in fields of science and technology. The term was coined after the first humans landed on the Moon in 1969, which led to a surge of interest in science in the 1970s.

Meanwhile, Israel’s mission achieved several firsts: “Beresheet was the first privately funded spacecraft to the Moon, the first Israeli spacecraft to leave Earth’s orbit, and the first lunar lander to attempt such a wondrous feat at a modest budget,” said Prof. Aharonson, of the Weizmann Institute’s Department of Earth and Planetary Sciences.

Prof. Aharonson not only helped the SpaceIL team determine where on the Moon to land (Mare Serenitatis, in the northern hemisphere, between Apollo 15 and 17), but used the opportunity to measure the Moon’s magnetic field in a way that has not been attempted to date. He is currently working with SpaceIL to determine the extent and quality of the data that did emerge from the voyage.

Prof. Oded Aharonson is supported by the Helen Kimmel Center for Planetary Science, which he heads, the Zuckerman STEM Leadership Program, and the Adolf and Mary Mil Foundation. 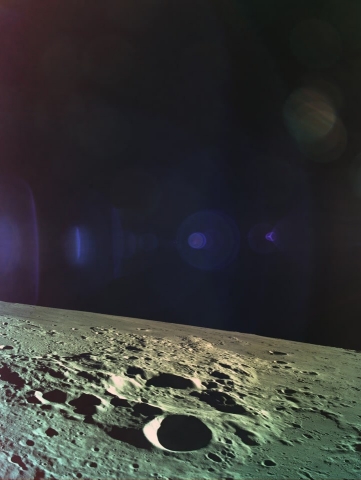 As Beresheet descended, it snapped this picture of the Moon's surface at a distance of 15 km 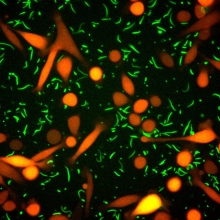 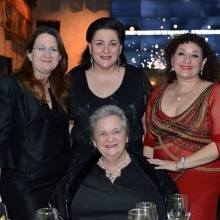 Leveraging philanthropy to transform the Israeli landscapes of science and education. 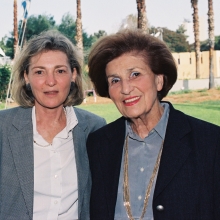