Whoever coined the phrase “blind as a bat” probably didn’t know that bats see almost as well as humans. Bats also hear well, orienting themselves via “echolocation”—a system based on sound.

But it turns out that even without such sensory input, bats can navigate successfully, thanks to a special class of neurons in the bat brain recently identified by scientists at the Weizmann Institute.

Located in a part of the brain associated with memory, “navigation” neurons reveal a brain-based link between where we’re going and what we remember. Interestingly, the bat-based study may help explain how memory loss and “getting lost” tend to go together in human Alzheimer’s patients.

The study was performed by Prof. Nachum Ulanovsky and research student Ayelet Sarel, both of the Department of Neurobiology, together with their departmental colleagues Drs. Arseny Finkelstein and Liora Las. Their results were published in Science in January.

To clarify how bats navigate, Prof. Ulanovsky and his team trained Egyptian fruit bats to fly highly complex trajectories within a specially designed flight room equipped with a landing site where the bat could eat and rest. During flight, a wireless device recorded the activity of 309 single neurons in the bats’ hippocampus.

The scientists discovered that about a fifth of these hippocampal neurons were goal-direction cells, maximally active when the bat was heading toward the goal at a particular angle. In flying sessions in which the goal was obscured by an opaque curtain that blocked sensory input based on vision, echolocation, and olfaction, a substantial fraction of these neurons still exhibited directional firing triggered by information about the target stored in memory.

The scientists also discovered neurons that fired maximally when the bat was close to the target. Rather than being entirely separate from the directional neurons, a statistically significant number of these “goal-distance” neurons expressed “goal-direction” as well.

The Science study helps clarify the connection between navigation and memory—and not just in bats.

“Damage to the hippocampus has been shown to impact navigational functioning, something that may explain the tendency of people with Alzheimer’s disease to get disoriented or lost,” says Prof. Ulanovsky. Just like the bat wants to reach the fruit hidden behind the curtain, humans may want to find a campsite over the hill, or a coffee shop tucked just behind an office building. “In such cases, even if there are no clear cues coming in via our senses, this mechanism works like a neural GPS to help us locate the target. In this experiment, the bats showed us how it’s done.” 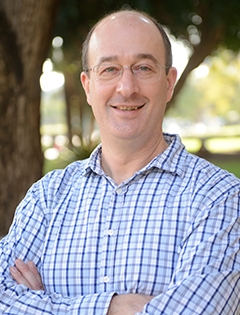 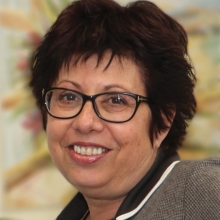 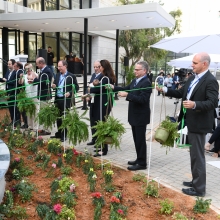 Opening the doors of the Moross Integrated Cancer Center 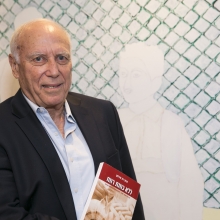