The building of a mini-brain

A convoluted brain is a healthy brain

The convoluted structure of our brains—billions of neurons perfectly packed into a confined space roughly the size of a grapefruit—is an essential facet of human intelligence. Seeking to understand how those wrinkly convolutions form, and the mechanisms underlying diseases when they don’t, Prof. Orly Reiner and her team in the Department of Molecular Genetics have invented a method for growing miniature ‘brains-on-a-chip’ so that they can track the physics of the wrinkling process.

This research is especially important to the study of brain development, as babies with lissencephaly suffer from severe developmental disorders. In lissencephaly, affected babies’ brains are insufficiently wrinkled.

Growing such miniature 3D clumps of brain cells—called ‘organoids’—is no easy feat, particularly if aiming to extrapolate to full-size brains. Organoids typically lack blood vessels and reliable organization, and are difficult to image on a molecular level. Dr. Eyal Karzbrun, who was a postdoctoral fellow in Prof. Reiner’s lab during this study, tackled the problem by developing an innovative method that constrains the growth of mini-brains in a single direction, producing a pita-shaped organoid—round and flat with a thin inner space—that can be imaged easily, tracked over time, and properly nurtured. Most importantly, thanks to faster outer growth compared to inner growth, after about two weeks these mini-brains wrinkle, which mimics the real thing.

“This is the first time that folding like this has been observed in organoids,” says Dr. Karzbrun, who is now conducting postdoctoral research at the University of California, Santa Barbara.

In order to zero in on the molecular components that control the wrinkling process, Dr. Karzbrun, Prof. Reiner, and the team grew organoids bearing a mutated LIS1 gene. In 1993, Prof. Reiner famously identified mutations in LIS1—which encodes a protein that guides embryonic brain cell movement—as being responsible for lissencephaly.

Organoid mini-brains with a mutated LIS1 gene grew to the same proportions as the other organoids, but developed only a few misshapen folds. Working with Dr. Sidney Cohen of the Department of Chemical Research Support, the Reiner group examined the organoid cells using atomic force microscopy. They found that in terms of elasticity, the normal cells were about twice as stiff as the mutated ones, which were comparatively squishy. Thus, the mutated organoids were not only biologically different from healthy cells; they were physically different as well.

“It’s not exactly a brain, but it is quite a good model for brain development,” says Prof. Reiner. “We now have a much better understanding of what makes a brain wrinkled or, in cases of those with one mutated gene, smooth.” The researchers plan to continue developing their approach, which they believe could lead to new insights into other disorders that are tied to brain development, including microcephaly, epilepsy, and schizophrenia.

Prof. Orly Reiner is supported by the Nella and Leon Benoziyo Center for Neurological Diseases, the Dears Foundation, the Estate of David Georges Eskinazi, the Estate Jacqueline Hodes, the Kekst Family Institute for Medical Genetics, the Helen and Martin Kimmel Institute for Stem Cell Research, Mr. and Mrs. Jack Lowenthal, and the Dr. Beth Rom-Rymer Stem Cell Research Fund. Prof. Reiner is the incumbent of the Bernstein-Mason Chair of Neurochemistry. 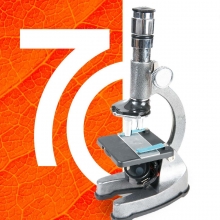 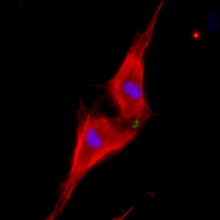 A bad haircut isn’t doomsday - our hair will always regrow. A child with a fresh gash from a playground incident can be appeased with a mom’s promise that the skin will heal. 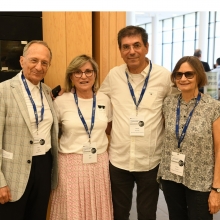