Drugs, cosmetics, and other chemicals are entering—and altering—the soil

As long-time collaborators, the research trio of Prof. Brian Berkowitz, Prof. Bruno Yaron, and Dr. Ishai Dror has covered a lot of ground together. But recently, these scientists dug into something new: the study of how human-created contaminants are seeping into the soil, and changing the earth beneath our feet.

“Most research on human-generated soil change focuses on large-scale processes, like how asphalt affects water absorption and runoff,” says Prof. Berkowitz, a member of the Department of Earth and Planetary Sciences. “We, on the other hand, are studying how man-made pollutants are introducing unanticipated changes into soil chemistry and structure.”

Prof. Berkowitz credits Bruno Yaron, professor Emeritus at Israel’s Volcani Institute and an advisor to the Weizmann Institute since 2002, with raising awareness of human-generated soil change. “Back in the 1950s, Bruno was among the first to recognize that when it comes to soil, we have a molecular problem,” Prof. Berkowitz says, adding that Prof. Yaron introduced him to Ishai Dror, the research team’s third member, who joined the Berkowitz lab as a postdoc and is now a Weizmann Institute Senior Staff Scientist. “We are now learning that contaminants left unintentionally in the soil pose a significant environmental threat.”

Like pollutants that affect air and water resources, soil contaminants come in a variety of guises. Pesticides and fertilizers, for example, remain in the ground long after crops are harvested. Irrigation with salt-rich “reclaimed” waste water reduces agricultural land’s absorption ability. And drugs and manufactured nanoparticles—ultra-small ingredients in cosmetics and many consumer products, now recognized as “emerging contaminants”—are a growing problem, slipping easily through water filtration systems, then into the soil, causing permanent chemical change.

Recognizing that agriculture, construction, and other activities depend on maintaining soil integrity, the researchers developed a new experimental setup that “dishes the dirt” on soil contamination by emerging contaminants.

Prior to the trio’s experiments, the movement of many emerging contaminants through natural soils had been largely ignored. To address this major knowledge gap, they built special soil column devices to track contaminant spread, and to analyze impact. The results were definitive: man-made contaminants can alter soil chemistry.

“We looked at emerging contaminants known to find their way into the soil,” Prof. Berkowitz says. “For example, estrogen—a residue of drugs transferred into the soil via waste water—bonded with soil-based sulfur. This generated estrone sulfate—and while estrogens can be helpful in the treatment of menopause, their derivatives may have unknown effects on the underground environment. In another experiment, we ‘watered’ our columns with fluid containing a nanoparticle having antibacterial properties that is regularly flushed into the water system. This contaminant altered the soil’s microbial population balance, something that can affect food production.”

As a sign of this work’s cautionary impact, the team’s findings have been presented in two books, one of which has gone into a second edition. But while much remains to be learned about man-made soil contaminants’ negative effects, studies of transport may eventually lead also to positive developments, such as technologies for optimizing the delivery of compounds to plant roots. And by making it possible to identify specific chemicals in soil, the team’s approach may even contribute to tackling large-scale environmental challenges.

“Today, soil serves as the ‘final resting place’ of a variety of metals, scattered in very minute amounts,” Prof. Berkowitz says. “With our technology, commercial amounts might be identified and recycled. It may sound like a pipe dream, but if science can turn pollution into a source of profit, it just might move mountains.” 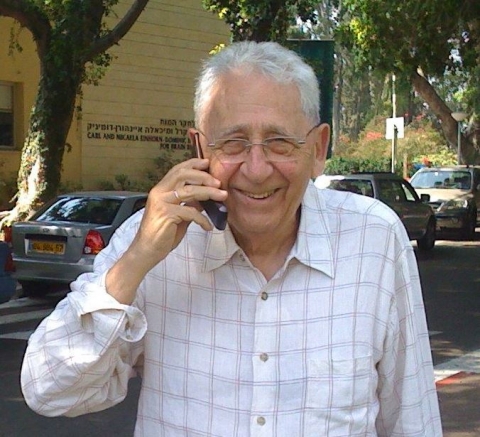 Prof. Bruno Yaron, a pioneer in the study of soil chemistry, has been a consultant to the Weizmann Institute since 2002. Together with Prof. Berkowitz and Dr. Dror, he has shown how man-made contaminants left in the soil pose a significant environmental threat. 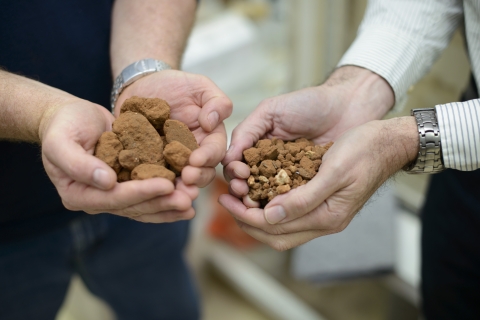 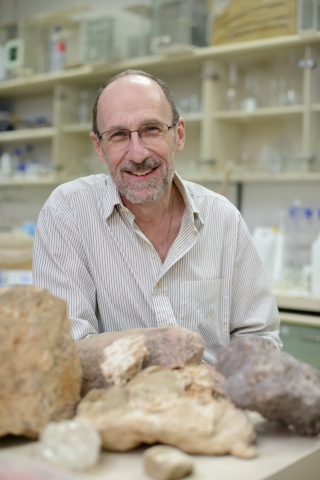 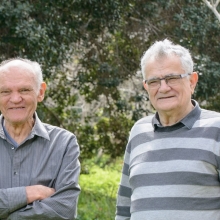 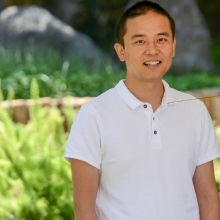 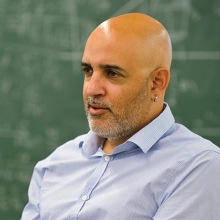