Accessibility
Disclaimerclose
Home / Sections / Briefs / The Story of Our Origins

Life’s Blueprint: The Science and Art of Embryo Creation (Yale University Press, 2014) was the outcome of a year’s sabbatical at Radcliffe Institute for Advanced Study at Harvard University. Prof. Shilo is a member of the Department of Molecular Genetics.

The impetus for the book project was his wish to convey principles of embryonic development to the general public. For each paradigm he describes, he provides both a scientific image and a photo he has taken in the human context, as a corresponding analogy—for instance, the similarities between communication among cells and among human beings.

“In our research, we generate microscopic images that are not only highly informative to the researcher, but also exceptionally beautiful,” he says. “Yet, in the absence of sufficient background knowledge, these images can be largely meaningless to the general public… Concentrating on common underlying principles between the two worlds, our intuitive understanding of the human world can be harnessed in order to grasp scientific paradigms of embryonic development.”

Pictured here is a pair of images from the book conveying the concept that all cells in the human body carry identical genetic information. On right, the image (a scanning electron micrograph) is of a sperm fertilizing an egg - the moment at which the first cell of the embryo is formed. Throughout the many divisions that will follow, all cell descendants will contain the same genetic data. This genetic information will dictate the pattern of the embryo. Thus, identical twins (above) that carry the same genetic material exhibit such similar features.

Healing what ails the Earth

Dr. David Zeevi has microbes on his mind, having done his PhD in the lab of Prof. Eran Elinav, an expert on the human gut. But instead of focusing on human health, Dr. Zeevi has a different goal: to improve the health of the planet. 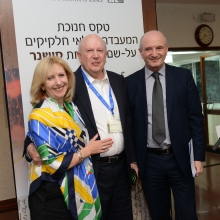 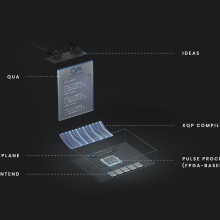 Building the machines of the future

“The field of quantum computing is booming”