The drive to create is common to scientists and artists, and this commonality is being manifested on stage at the Weizmann Institute of Science in a project initiated by Prof. Atan Gross of the Department of Biological Regulation and choreographer Shahar Binyamini.

When people say to Shahar Binyamini that they do not understand dance, he responds by saying that he doesn’t either. Coming from a prolific choreographer and former member of the Batsheva Dance Company, whose dance career spans over 15 years, this is a surprising statement. “Dance isn’t a language you need to learn; it is beyond a language. It runs deeper than words.” Likewise, he says, science is a dive into the unknown.

On stage at the Weizmann Institute’s Michael Sela Auditorium, he is working with dancers on a new project, as part of a residency program supported by the Braginsky Center for the Interface between Science and the Humanities. The program brings together scientists and artists for mutual inspiration. In Shahar’s case, he comes as a choreographer to create dance through an interaction with an engaged audience of scientists who provide input and feedback.

Shahar’s residency, which involves visits to campus over the course of eight months in 2020, includes lab visits and conversations with scientists about their research. Ten Weizmann scientists watch his rehearsals and share their emotional reaction to the dance with Shahar and the other performers.

Dance and science are seemingly worlds apart. Science is verbal, relies on precise protocols, and presents the world with its outcomes in a commonly accepted language. Dance, on the other hand, is a physical and sensual profession, whose products are mainly visual and auditory. But both involve self-discovery, perseverance, continuous learning, and the presentation of outcomes to the world.

“We are similar in that we are people who are interested in creating and telling a story,” says Shahar. “In dance, it is the human body that moves in space with emotions, wishes, desires, abilities, difficulties, pains. I deal with all of these through movement.

“The campus is a beautiful, magical place," he says." Entering it is stepping into a bubble with no time and no buses, only trees and quiet. The responses we get from scientists who come to the rehearsals exhibit curiosity and are intriguing. They have told me how they feel about the work, which helps me better understand what I want to get from it.” Beyond his Weizmann residency, “I often invite people outside my field—non-dancers—to my rehearsals. I create for people and am interested in what people feel, what their interpretation is.”

This is Shahar’s second project at Weizmann. Between 2014 and 2017, he led improvisation workshops initiated by Prof. Atan Gross, working with students and PIs who together studied the connection between movement and science. Now, Shahar is on campus to create a performance based on audience feedback. The new show’s premiere will take place on June 28, at the Michael Sela Auditorium.

Prof. Ofer Feinerman, from the Department of Physics of Complex Systems, studies the behavior of ants in a group and who attended that workshop five years ago, went to observe one of Shahar's recent rehearsals at the Sela Auditorium. “The interaction between the two dancers on stage illustrated to me the wonder of the encounter of two people,” says Prof. Feinerman. “The fact that humans manage to connect with each other without sacrificing their complexity and their variability is surprising. Such magic between two individuals is rare—and in a large group, becomes virtually impossible. I think what enables ants to function in large groups is their simple communication and relatively predictable responses.”

“Science is based on the attempt to understand which questions we are interested in asking and then finding the right ways to examine and approach them,” he says. “There is no recipe for all of these—creativity is pivotal. Similarly, in art, you often look at something and try to translate it into another language—a different angle to reality.”

Noa Dahan, a postdoctoral fellow in the Department of Molecular Genetics who watched one of the rehearsals, concentrated on the dancers’ movement. “I was surprised to find that a person’s movement can be so fragmented, almost pixelated,” she recalls. “As an audience, we usually watch dancers from a distance, not seeing how the muscles stretch. We always seem to have complete control of the body, but up close, I could see that there is something that the body itself produces, independently of the dancers.”

The residency program, says Shahar, will have unknown benefits—in the same way that basic science does. “Inspiration,” he says, “cannot be quantified or measured.”

The introduction between Shahar and Weizmann scientists was made by Prof. Gross made the introduction way back in 2013. He was a dancer before shifting to science. He approached Prof. Yitzhak Pilpel, head of for the Interface between Science and the Humanities with an idea to invite Shahar for a residency. The pandemic has slowed things, but they did manage to work together.

“I examine Mitochondria and working with Shahar and the dancers in the courses I had initiated made me focus on live movement under microscope“, says Prof. Gross. “I hoped that the residency would effect other scientists and the dancers”.

“Scientists and artistsboth build new worlds driven by curiosity and creativity,” says Prof. Pilpel, head of the Braginsky Center, which also supports grants to Weizmann scientists doing research related to the nexus of science and the humanities. “But the joy of doing is mixed with questions regarding the justification of their products, for instance: Is my research topic interesting enough? If so, what makes it worthy—being new, controversial, or moving? They also examine themselves while examining the world. In addition, scientists and artists work in fields that reveal more than meets the eye, and therefore they need to learn how to use the unknown as a tool for creativity.” 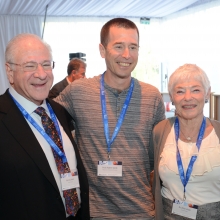 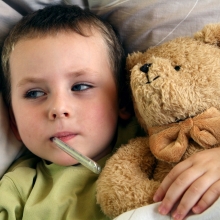 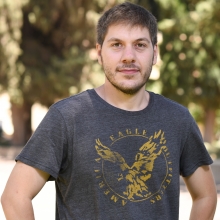