The artistry of math

Folding together creativity and calculation, the flexigon is a new hit

Most discoveries are driven by a search for answers to specific questions, but in some cases exploration simply starts with a playful use of material.

The story of the flexagon—a flat paper model that has been inspiring and challenging mathematicians and physicists for years—began with an extra piece of paper. When the British mathematician Arthur Stone, who in 1939 was a student at Princeton University, found that he could not fit American paper into his English binder, he decided to cut them to size. While sitting in class, he started folding these excess strips of paper into different shapes—and one of them caught his eye.

Stone showed this shape, which later got the name “trihexaflexagon,” to the theoretical physicist Richard Feynman, as well as two mathematicians, Bryant Tuckerman and John Tukey. Together, they formed the Princeton Flexagon Committee and dove into the world of flexagons, making calculations and developing models. The Feynman diagram, which has become a fundamental tool in particle physics, was one of them.

Today, some 80 years later, flexagons are still stimulating the hands and minds of people around the globe, and connecting fans who share new models and new insights with each other. Enthusiasts manipulate their paper—flexing, not folding—using special movements such as the “pinch flex,” the “reverse-pass through flex,” and the “V flex.” By being both a hands-on and minds-on activity, creating flexagons appeals to adults and children alike, bringing diverse and unlikely groups of people together through their shared affinity for flexagons.

This enthusiasm is why the Davidson Institute of Science Education dedicated the first Neil Shore Recreational Math Workshop to the topic of flexagons. The first workshop, held last summer, provided a unique opportunity for some 40 individuals to come together to think, play and learn about flexigons, including researchers, origami artists, educators, and gifted junior-high and high school students to meet, study, and create.

“Flexagons have their own inner logic that is fun to discover, and there is an element of surprise and challenge to it,” says Schwartz, a copywriter in the book-publishing world.
About 15 years ago, while attempting to recreate a shape she had made before, Schwartz ended up making a hexagon divided into 12 pie slices. Since then, she has continued creating and exploring new flexagons with great passion, and is considered internationally as a leader in the field.

The fun of flexing

Sherman, a programmer and flexagon expert, brought a different perspective to the seminar as someone who speaks the language of math—i.e., typology and group theory. In fact, when he finds a surprising way to fold a flexagon, he writes a program to explore it and predict all of the possibilities that may arise.

“I try to prove how many different ways there are to rearrange the different phases as you flex through them,” he explains. But still, the programming is not the main thing: “The Flexagon is a little bit like a fidget spinner that you can physically explore. The programs I write just help me learn more about it.”

The event organizers say they plan to publish books, videos, and templates related to flexagons. Specifically, they would like to create educational activities that harness the fun of flexing for students and teachers in Israel.

In a first, this special math workshop was supported by the United States Embassy in Israel. Ellen Schnitser, the Public Affairs Specialist at the US Embassy, says, “This exciting math initiative will increase the involvement of disparate groups of students—Israeli-Jewish and Israeli-Arab, boys and girls—in [science literacy] subjects, and will have a great multiplier effect.”

The Flexigon workshop is supported by Mr. Neil Shore and the U.S. Embassy in Jerusalem. 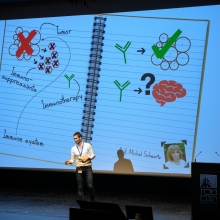 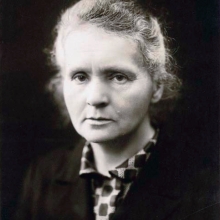 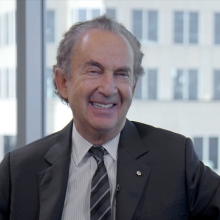 A brilliant entrepreneur with a strong sense of public service, Gerald W. Schwartz is one of Canada’s most respected business leaders.