The Schwartz/Reisman Institute for Theoretical Physics

The massive laboratories where scientists probe the nature of the universe —think the Large Hadron Collider near Geneva, or the Synchrotron Radiation Laboratory in Shanghai—can cost millions or even billions of dollars to build.

But in the world of theoretical physics, the smartest possible investment simply involves gathering the best minds together where the conversation - like the coffee - can freely flow.

This is the “business model” behind an exciting new initiative at the Weizmann Institute of Science: the Schwartz/ Reisman Institute for Theoretical Physics.

“Discussion drives discovery,” says Prof. Eli Waxman, a theoretical astrophysicist who serves as director of the new Institute. “Unlike professional conferences, which are often rigidly structured, we hope to create an open environment that will encourage the emergence of new ideas.”

Established by a major gift from Gerald Schwartz and Heather Reisman of Toronto, the Institute of Theoretical Physics, or ITP, has a three-fold mission: to highlight the exceptional theoretical physics work being done at the Institute, to attract worldleading theoreticians to the campus, and to create the personal connections that can lead to fruitful international collaboration.

Mr. Schwartz and Ms. Reisman have also funded the Schwartz/Reisman Center for Science Education in Rehovot and a series of other educational centers to be established in other locations in Israel; and the research of Prof. Victor Malka of the Institute’s Department of Physics of Complex Systems.

Following the successful model established by a handful of other theoretical physics institutions - most notably at the University of California-Santa Barbara, and also including Germany’s Johannes Gutenberg University of Mainz - ITP “conversations” are kicked off in the context of specialized, oncampus workshops. Scheduled approximately four times per year and lasting up to two weeks each, these workshops attract a diverse cadre of senior researchers, postdocs and students from around the globe.

Participants in the inaugural workshop at the Weizmann Institute, which took place in the spring, included theoreticians from Harvard, MIT, Cambridge, CERN, the Tata Institute of Fundamental Research in Mumbai, and many other leading institutions, with local stars from Israeli academia. Entitled “Cosmological Probes of Fundamental Physics,” the workshop was conceived of and hosted by Dr. Kfir Blum who says that, due to dramatic changes in the way we observe and measure cosmological phenomena, it’s time for a dramatic change in the conversation.

“Scientists are swimming in new data, thanks to state-of-the-art detection techniques,” he says. “With three lectures a day plus plenty of free time for informal discussion, we examined how these revolutionary developments are affecting the way we approach the big questions. It was a very rewarding event.”

The second workshop, scheduled for December, will be hosted by Dr. Erez Berg of the Department of Condensed Matter Physics. The subject: quantum phases of matter. ”The subject is rich in terms of theory, but also has plenty of practical significance - for instance, establishing the principles needed to design new materials,” Dr. Berg says, adding that the workshop will also focus on the unexpected convergence between condensed matter physics, high energy physics, and quantum information theory. “For most of the participants, this will be their first visit, and I’m looking forward to introducing them to Israel, as well as to the great work being done here.”

In physics, theory can lead to new experimental approaches, something that ITP director Prof. Waxman knows from personal experience.

He models transient emissions from deep space, something scientists know about theoretically, but which is difficult to measure. He is working on a practical Israeli-American project that aims to develop a mini-satellite for detecting the emissions that he and his team have predicted (see opposite page). “If the satellite project is successful,” he says, “it will allow us to study stellar explosions and the dynamics associated with super-massive black holes. It may also help detect the source of gravitational waves - ripples in the fabric of space-time predicted by Einstein back in 1915, but first observed by astronomers just this year. As a theoretician, I never planned to go into the satellitebuilding business. But you never know where the theory will take you.”

What else is up in physics: a new mini-satellite

Extra-terrestrial observatories like the Hubble Space Telescope - launched a quarter-century ago—have produced images of deep space that helped scientists determine the age of the universe. Now, a Weizmann Institute scientist is enabling the launch of a new type of space satellite capable of capturing near-real time “snaps” of transient explosive events, such as the supernovae flares that mark the death of massive stars.

ULTRASAT is a mini-satellite being developed jointly by Israel and the U.S. Prof. Eli Waxman, of the Department of Particle Physics and Astrophysics, is directing this project, along with colleagues at NASA and the California Institute of Technology. Scheduled for launch in 2021, the new satellite will be capable of measuring the early ultraviolet (UV) emission from transient explosions minutes after they occur—not the days or weeks required using existing technology.

“Most large, space-based telescopes have small fields of view because they track very specific targets,” Prof. Waxman says. “ULTRASAT, on the other hand, is designed to observe and record cosmic events that we don’t know about in advance, via a field of view 300 times wider than the most powerful UV satellite ever launched. This relatively small satellite will alert the larger groundand space-based observatories almost immediately, allowing scientists to follow events as they unfold.”

If successful, the new satellite - which costs "just" $100 million including launch - will demonstrate how significant scientific value can be achieved with a relatively small monetary investment. ULTRASAT’s small size and mass - less than a cubic meter in volume and, at 150 kg, weighing far less than typical satellites launched under the NASA Medium and Small Explorer program - enable this savings.

ULTRASAT will also mark a major step forward for the Israeli aerospace industry. “Israel leads in small defense satellites, but ULTRASAT will put Israel ‘on the map’ for satellites devoted to research,” Prof. Waxman says. “Like SpaceIL, the national initiative to land the first Israeli spacecraft on the moon, ULTRASAT will inspire Israel's young people to study science and technology.”

In addition to “on-the-spotreporting” of emerging What else is up in physics: a new mini-satellite supernovae, ULTRASAT will provide data about additional cosmic events characterized by transient explosions.

“We are interested in examining how stars are disrupted - swallowed up - by super-massive black holes,” Prof. Waxman says. “We predict that our satellite will identify anywhere from dozens to hundreds of such events each year.” It will also help scientists gather evidence about the nature of gravitational waves, a phenomenon first hypothesized 100 years ago in Einstein's general theory of relativity.

Prof. Erez Berg is funded by The Swiss Society of Friends of the Weizmann Institute of Science. Dr. Berg is the incumbent of the Dewey David Stone and Harry Levine Career Development Chair.

Prof. Eli Waxman is funded by Nella and Leon Benoziyo Center for Astrophysics, which he heads, The Schwartz/Reisman Institute for Theoretical Physics which he heads. Prof. Waxman is the incumbent of the Max Planck Professorial Chair of Quantum Physics. 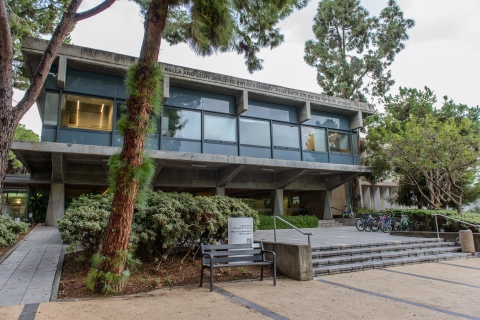 The Nella and Leon Benoziyo Physics Library, location of the STRIP workshops. 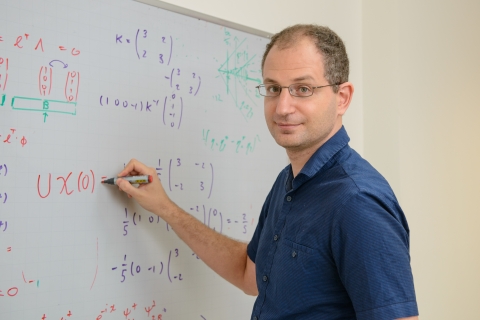 Dr. Erez Berg will host the second workshop, on subject of quantum states of matter. 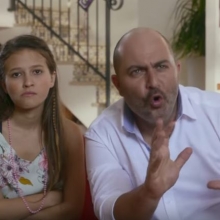 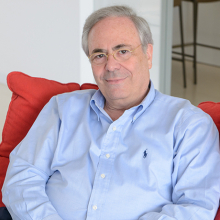 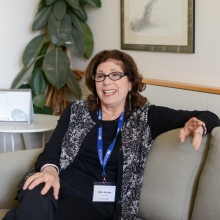