The idea of being able to peer into cells and spy on individual proteins carrying out the daily workings of life would have been unthinkable only a decade or so ago.

Today—with revolutions in microscopy and nuclear magnetic resonance spectroscopy—scientists like Prof. Philipp Selenko are not only thinking about it, they are beginning to reveal insights into human diseases with these revolutionary techniques.

As a postdoctoral fellow at Harvard Medical School, Prof. Selenko created a revolutionary new model system for in-cell NMR spectroscopy. By using unfertilized frog eggs as a proof-ofconcept, he introduced isotope-labeled proteins and demonstrated that these individual proteins and their structures can be visualized with atom-level resolution directly in live cells using NMR. More importantly, he showed that the proteins he was studying were actively ‘communicating’ with other proteins. These communications are essential for cell survival and, if disrupted, lead to devastating human diseases.

Fast forward a decade and Prof. Selenko and his colleagues are now able to track proteins of interest in cells cultured to highlight different aspects of diseases. He is particularly interested in human neurodegenerative disorders such as Alzheimer’s and Parkinson’s disease, where key proteins form amyloid fibrils and plaque deposits in certain types of brain cells, but not in others. Because the onset and progression of these diseases is directly related to pathological structural changes in these proteins, his method is superbly suited to visualize such processes in living cultures of nerve cells.

In his new laboratory at the Weizmann Institute, Prof. Selenko will continue working on human amyloid proteins, with a particular emphasis on understanding how changes in the cell trigger their aggregation.

Israel may be a world apart, culturally, from his native Austria, but in the world of science, it is only a short step. Working with electron paramagnetic resonance (EPR) specialist Prof. Daniella Goldfarb of the Department of Chemical and Biological Physics first inspired him to consider working at the Weizmann Institute. In a study on the structure of the Parkinson’s disease protein alpha-synuclein in living cells, they combined EPR and NMR to delineate the first atomic-resolution insights into the healthy cellular form of this amyloid protein.

After many visits over the past few years and working with other Weizmann scientists, Prof. Selenko says he “realized that all the expertise in cell biology, advanced cellular signaling, disease modeling, and magnetic resonance spectroscopy is available in one campus at the Weizmann Institute, one of the few places in the world where you can find anything close to this concentration of talent. My work thrives on constant interaction with life scientists who study different aspects of physiological and pathological cell states and their biological regulation. In that sense, the Institute offers a unique environment for interdisciplinary research and collaborations, and I am thrilled to be joining its faculty.”

Prof. Philipp Selenko is a native of Austria. He received his MSc in chemistry and biochemistry from the University of Vienna and completed his PhD at the European Molecular Biology Laboratory (EMBL) and the University of Heidelberg in 2002. From 2003 to 2008 he was a postdoctoral fellow at Harvard Medical School in the Department of Biochemistry and Molecular Pharmacology. Prof. Selenko has directed the In-Cell NMR group at the Leibniz Institute of Molecular Pharmacology in Berlin since 2008. He joins the Weizmann Institute faculty in autumn 2018.

His academic and professional honors include fellowships from the EMBL in 1998, the European Molecular Biology Organization in 2003 and the Human Frontier in Science Program Organization in 2004. In 2007 he was awarded the Max Kade Fellowship by the Austrian Academy of Sciences. He received a number of major grants, including the Emmy Noether Program Grant by the German Research Foundation (DFG) in 2007, the SAW Grant of the Leibniz Society in 2010 and a European Research Council (ERC) Consolidator Grant in 2014.

He is married and he and his wife have a teenage daughter. 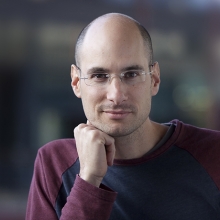 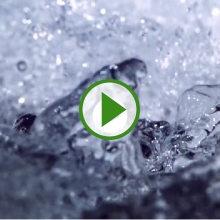 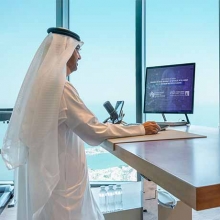 A memorandum of understanding between the Weizmann Institute of Science and the Mohamed bin Zayed University of Artificial Intelligence in the UAE was signed in mid-September.