Dr. Amit Finkler is an innovator in the emerging field of science called quantum sensing who is beginning to apply some of the techniques used to create “qubits” of quantum information as probes to measure the properties of molecules.

His innovations began as a graduate student studying superconductivity at the Weizmann Institute of Science. Dr. Finkler was a co-inventor, with Profs. Eli Zeldov and Amir Yacoby in the Department of Condensed Matter Physics, of a radical new tool to measure the magnetic properties of nanometer-sized samples of materials. The tool, a Superconducting Quantum Interference Device (SQUID), is the most sensitive device for measuring magnetic fields.

The basic technology behind SQUID has been around for more than 50 years, and large SQUIDs, which measure several meters in width, are commonly used to search for hidden ore deposits by measuring slight changes in the magnetic fields while flying over the landscape. Before Dr. Finkler and Prof. Zeldov’s breakthrough, the smallest SQUID devices were several microns wide and routinely used in materials science research. The Weizmann team found a way to deposit tiny metal electronic leads on the sharp tip of a quartz tube and create what is called a “nanoSQUID on tip magnetometer” as small as 100 nanometers wide, which Dr. Finkler helped further develop into a scanning probe nanoSQUID microscope with even smaller tips.

This innovation opened up new areas of investigation into measuring the magnetic and thermal properties of materials on the nanoscale. There are now several scientific groups around the world using their technology.

One of the other applications of this area of research is quantum computing. “I have always been fascinated by the concepts of quantum information processing that can use the principles of quantum mechanics to create the next generation of computers and communications,” he says. Scientists worldwide are exploring various strategies that could create the basic information storage unit of the new quantum age, called the qubit.

One of these strategies is to use defects that occur when two adjacent carbon atoms in a diamond lattice are replaced, one with a vacancy and the other with a nitrogen atom. Called nitrogen vacancy (NV) centers, an extra electron can become trapped there, isolated from its surroundings, and can be used to store quantum information. “I realized the tremendous impact that these defects in diamonds could have if used as magnetic field sensors,” he says. “They could become an enabling technology for quantum sensing.”

At the University of Stuttgart, he demonstrated the value of using atomsized defects in diamond chips as sensors. They succeeded in isolating and measuring the spectroscopic signature of an extremely small number of spin-labeled molecules used as markers by conventional techniques such as nuclear magnetic resonance and electronic paramagnetic resonance, for the nanoscale study of molecules. Dr. Finkler plans to pursue several new lines of research in quantum sensing in his new lab at the Weizmann Institute. He envisions these as creating “enabling technologies” that can be used as a better way to characterize new materials, and eventually as tools to study how electronic information is transferred on the nanoscale, and ultimately to probe chemical reactions on the singlemolecule level.

Dr. Amit Finkler completed a BSc in physics magna cum laude along with a degree in electrical engineering from Tel-Aviv University in 2004. He earned his MSc in 2007 and PhD in physics in 2012 at the Weizmann Institute of Science. After working as a research physicist with an alternative energy company in 2012 and 2013, Dr. Finkler then joined Dr. Haim Beidenkopf’s group in the Department of Condensed Matter Physics as a postdoctoral researcher. From 2014 to 2017, he was an Alexander von Humboldt Research Fellow in the 3rd Institute of Physics at the University of Stuttgart, where he served as the leader of the scanning-probe diamond sensing group. He shares a U.S. patent with Profs. Eli Zeldov and Amir Yacoby on their magnetic field sensor device.

Dr. Finkler is married and he and his wife have two children. 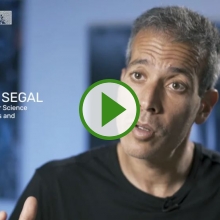 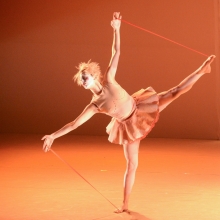 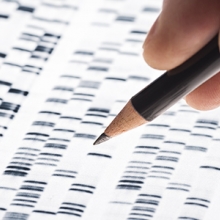