What happens to proteins after they leave the factory?

Dr. Yifat Merbl recently returned to the very lab in the Weizmann Institute’s Department of Immunology in which she conducted her MSc studies - now as the head of a new research group, following her PhD and postdoc at Harvard University.

The view from the window of the lab - which used to belong to Prof. Irun Cohen, now Professor Emeritus - hasn’t changed much in the time she was away. Inside, however, with new, advanced high-throughput equipment and unique techniques she has developed, Dr. Merbl will be making her way into uncharted territory in protein research.

“Proteins are templates,” she says. Though we tend to imagine them as a ‘final product,’ in fact they undergo all sorts of additional changes after they leave the ‘factory’.” Without these changes, most proteins would not be able to function; the complexity this adds to our system is the ‘fine-tuning’ that enables highly specific responses, cellular stability, working regulatory mechanisms and more.”

The process of manufacturing proteins from the DNA “instructions” is known as translation and thus the alterations to the resulting protein sequences are called post-translational modification (PTM). PTM comes in all shapes and sizes: Proteins may be cut or chains of proteins may be linked together. Bits may be added or removed; changes may be reversible or irreversible. Some 200 different types of PTM have been identified. All together, the number of protein configurations is around a thousand times greater than the number of genes in the human genome.

A grounding in immunology

Dr. Merbl grew up in Israel, in the town of Givat Shmuel. After an extended military service as an air force officer, she completed a BSc at Bar-Ilan University in computational biology. Prof. Cohen, of the Department of Immunology, made key discoveries with relevance to diabetes, though her research went in a different direction. He was an “amazing mentor,” she says.

In her postdoctoral research in the lab of Prof. Marc Kirschner of Harvard University, Dr. Merbl began looking at a PTM step in which small tags are added to proteins. In the late 1970s, Israeli scientists Profs. Avram Hershko and Aaron Ciechanover of the Technion showed that these tags, called ubiquitin, signaled protein degradation, a finding for which they received a Nobel Prize. In the years since, research has revealed that ubiquitin and ubiquitin-like proteins actually carry out a large range of signaling activities in the cell: Some 600 different enzymes have been found to be involved in the regulation of these protein tags.

Dr. Merbl used the system she developed to identify the targets of a ubiquitin-like family member called FAT10, showing that it plays a role in cell division. When this protein was repressed, cell division of cancer cells was stopped.

In her new lab, Dr. Merbl will continue to investigate FAT10 to unravel the role it plays in both cancer and inflammation. She will need to identify effects that extend beyond the cell - to the tumor microenvironment, for example, or the entire organism. But FAT10 could be just the beginning: The method she has developed for profiling PTM casts a wide net over all sorts of protein modifications. This high-throughput method is capable of simultaneously capturing the activities of multiple proteins and their interactions with the molecules that perform the alterations; and Dr. Merbl is able to control the cellular conditions to see which modifications take place in situations of stress or disease.

In other research that she is conducting, Merbl will use the PTM profiling platform to analyze tissue samples to profile the “signature” of ubiquitin by analyzing its interactions across some 9,000 human proteins.

Progress in the field of post-translational modification, says Dr. Merbl, has been hampered by lack of analytical tools; but because it deals with the ways that individual proteins function in the cell, it has the potential to yield many clinically relevant results. Ultimately, she says, “we want to learn how to reshape the cellular environment.”

Dr. Merbl is married to Einav Laser; the two are mothers to a four-year-old, and one-year-old twins. 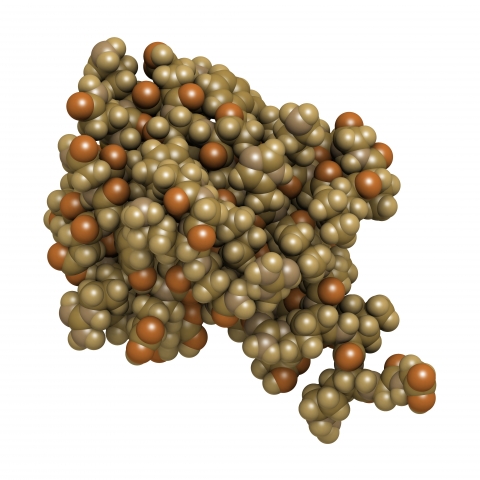 Model of a ubiquitin protein molecule 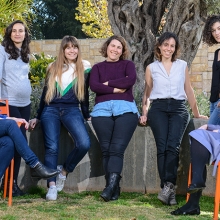 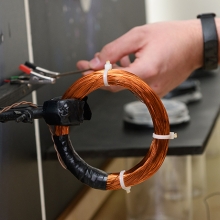 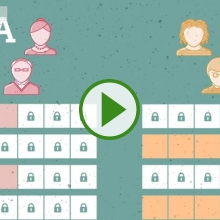