Dr. Sagi Ben-Ami, an experimental astrophysicist, is developing advanced instruments and methods that will help detect “bio-signatures”—substances that provide scientific evidence of past or present life—on planets outside of our solar system.

A first clue may be that life as we know it requires oxygen to survive. Indeed, the existence of molecular oxygen, O2, is one of the strongest indicators of planetary life, and its detection would be a key step in finding a life-supporting biosphere similar to Earth’s. And though a new generation of extremely large telescopes (ELTs) will become a reality in the coming decade and greatly increase scientists’ ability to find and characterize terrestrial planets, none of them will be able to
detect oxygen.

So Dr. Ben-Ami set out to develop  a spectrograph—an instrument used to measure properties of light—but whose ability to capture extremely high spectral resolutions will enable the detection of O2. Initially, this instrument will be used with today’s telescopes, which, though not equipped to detect molecular oxygen, can help in the study of large-sized planet atmospheres. Later, when ELTs become available to the wider scientific community, his spectrograph archetype can be used in conjunction with one of these ground-based telescopes to detect O2.

Another major factor in a planet’s capacity for bioactivity is the ultraviolet (UV) radiation field from its host star. Most of us think of UV radiation as something we need to shield ourselves from with sunscreen and hats. And while high levels of UV radiation can destroy emerging biomolecules, we wouldn’t be here on Earth without it: UV radiation is an important factor in the development of prebiotic molecules—chemical or environmental precursors of the origin of life—and may have been a key energy source in Earth’s infancy. Until now, scientists have had limited tools for detecting the UV habitable zone, the area around a star that is optimal for the evolution of life based on its UV radiation.

Dr. Ben-Ami will be a part of the latest revolutionary project in space exploration: the Israel-U.S. space-borne ULTRASAT mission, spearheaded by the Institute’s Prof. Eli Waxman. ULTRASAT represents a revolutionary step forward for the astrophysics community, because it is capable of detecting and measuring the UV emissions from transient explosions minutes after they occur—not the days or weeks captured by current telescopic systems. ULTRASAT is expected to generate a “discovery rate”—the rate at which celestial events are identified—that is 300 times greater than today’s technologies, revolutionizing our understanding of a wide range of explosive transient events, like the explosions of stars and the disruption of stars by massive black holes.

A native of Tel Aviv, Dr. Sagi Ben-Ami earned his BA (2005) and MSc (2008) in physics from the Technion — Israel Institute of Technology and his PhD (2014) in physics from the Weizmann Institute of Science.
In 2014, he was awarded a NASA Einstein Fellowship and conducted his postdoctoral research at the Harvard-Smithsonian Center for Astrophysics. He is returning to Israel with his wife whom he met while at Harvard, and will rejoin the Weizmann family in January 2020 in the Department of Particle Physics and Astrophysics.
In his spare time he enjoys working out, reading, and riding motorcycles. 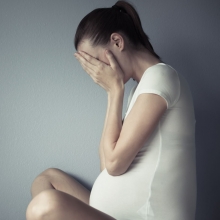 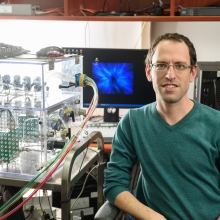 PhD student Lior Gorodisky began his path in science as a study subject. 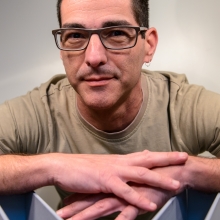