Stars generate a wide range of signals across the gravitational and electromagnetic spectrum as they rotate, merge, shrink into black holes where no light can escape, or explode in supernova bursts of energy and matter.
Dr. Barak Zackay hunts for exotic astrophysical phenomena such as supernovae, binary black holes, pulsars, gravitational waves, and exoplanets, and has invented techniques to record and analyze these interstellar events.

History shows that every improvement in observational capabilities leads to great new discoveries in astronomy.

Dr. Zackay applies math skills and a laser-like focus to finding new ways to extend the observational ability of astronomers. In his PhD research at the Weizmann Institute, he worked with colleagues to improve ways to discover supernovae.

Their imaging-analysis tools are now widely used to help observatories continuously monitor the changing universe, and can alert astronomers to supernovae explosions in progress or other events in space, so that these events can be further observed and studied.
As he moved from analyzing light waves to the challenge of gravitational waves, Dr. Zackay pioneered new tools to discover what these gravitational measurements can tell us about the universe.

Exploring gravitational waves
Albert Einstein predicted gravitational waves in 1916 as part of his General Theory of Relativity, but they were not measured directly until 100 years later when, in 2015, researchers at the Laser Interferometer Gravitational-Wave Observatory (LIGO) and Virgo Scientific Collaboration announced they found evidence of gravitational waves caused by the merging of a binary black hole system. Sensing an emerging challenge to create new tools to observe what is going on in the universe, Dr. Zackay established a team at the Institute for Advanced Study in Princeton, New Jersey, to examine the gravitational-wave signal data released from LIGO. Using analytical algorithms, he and his team discovered eight new binary black holes formed by the merging of two stars, just from analyzing the public data.

Dr. Zackay is also applying his algorithms and analysis to another fascinating problem: the origin of fast radio bursts (FRBs), short bursts of energy emitted from different parts of the universe, and will be involved in the Frontiers of the Universe flagship project in astrophyics and particle physics. He also has ideas for signal-processing tools that could improve the quality of space-based imaging systems enough to see an exoplanet orbiting a distant sun. He intends to advance these ideas from paper to reality in a series of projects combining algorithms and instruments, both in the lab and in the sky.

Dr. Barak Zackay completed his BSc in mathematics at Bar-Ilan University in 2006, followed by five years as an algorithm and data analysis researcher and officer in the Israel Defense Forces. He completed an MSc in mathematics and computer sciences at the Weizmann Institute in 2013, working with Prof. Avishay Gal-Yam; and his PhD in astrophysics in 2017 under the joint direction of Profs. Gal-Yam and Eran Ofek in the Department of Particle Physics and Astrophysics. He did his postdoctoral fellowship at the Institute for Advanced Study (IAS) in Princeton, New Jersey. He joined the Weizmann Institute in 2020.
Dr. Zackay won the International Astronomical Union’s PhD prize in 2017. In addition to winning several Bar-Ilan and Israel-wide math prizes as an undergraduate, Dr. Zackay was awarded an Otto Schwarz scholarship and a Clore Foundation PhD scholarship. 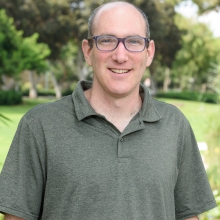 Theoretical physicist Dr. Oren Raz has made a career out of following wherever the best questions lead him. 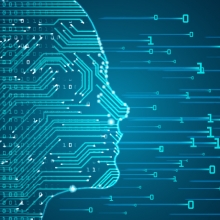 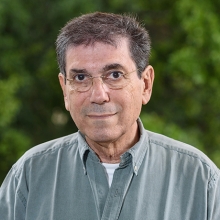