Dr. Orly Laufman is revealing just how healthy cells are engulfed by viruses

An underlying similarity between SARS-CoV-2 (the virus that causes COVID-19), dengue, Zika, Ebola, and many other deadly viruses is that they are all considered RNA viruses—and they pose a major threat to public health and a significant economic burden on our society. These viruses, which have RNA (ribonucleic acid) as their genetic material, infect millions of humans worldwide each year and continue to baffle the scientific and medical world.

Dr. Orly Laufman, who joins the faculty of the Weizmann Institute’s Department of Molecular Genetics after a postdoctoral fellowship at the University of California, San Francisco, is using one group of RNA viruses, called enteroviruses, as a model system to decipher the replication mechanisms of RNA viruses in human cells.

Enteroviruses are a large group of RNA viruses that have a surprisingly simple construction. Made up of only two basic components—genetic material (RNA) and a protein casing—enteroviruses are able to quickly and efficiently highjack a healthy host cell, much like a small pirate ship commandeering a large vessel.
So how can something so small and unassuming take over the machinery of a human cell?

The answer lies within the enterovirus’s armory of 15 proteins and their singular ability to carry out a wide range of functions. When an enterovirus invades a cell, its handful of proteins take control of different key organelles (the different parts of a cell) and repurpose them into a makeshift virus factory. Dr. Laufman is focusing on one organelle at a time and systematically analyzing how enteroviruses interact with each one.

“I am collecting the individual pieces of the ‘virus puzzle’ so I can construct a complete picture of the enterovirus replication process,” she says. “By building such a comprehensive map of viral mechanics, I believe that we will be able to develop better antiviral therapeutics and vaccines that will be relevant not only for enteroviruses but also for other families of RNA viruses that share similar mechanisms of replication.”

While working as a postdoctoral fellow, Dr. Laufman focused on a specific organelle—the cell’s lipid droplets—and discovered that, not only did they play a crucial role in the viral replication process, but blocking certain viral proteins and pathways stopped these droplets from being hijacked by the virus. That meant that these droplets could be an Achilles heel of the viral infection process.

Not only can enteroviruses take control of the host cell by altering the architecture of the existing organelles, they are capable of another incredible phenomenon: creating tiny compartments where the virus replicates copies of its genome to produce virus progeny. In order to build these replication compartments, a virus must instruct the host cell to provide a large amount of lipids, out of which these compartments are made. But until recently, the sources of these lipids and how they work remained a mystery.
Dr. Laufman discovered that organelles within the host cell, called lipid droplets, supplied the elusive lipids used to build these compartments. By comparing the dispersal of the lipid droplets in healthy cells versus infected cells, she noticed a stark difference. In healthy cells, the lipid droplets were scattered around the cell, whereas in infected cells, they clustered near the forming replication compartments.

This discovery seemed to indicate that these droplets were the lipid source for replication compartments. If that were the case, however, how did these lipids break away from the lipid droplets to become part of the enemy camp? Dr. Laufman found the missing link in the chain: namely, the viral proteins were able to repurpose the cell’s lipolysis pathway to split apart the lipids, breaking them away from the lipid droplets and allowing them to be recruited by the enemy. By specifically inhibiting this pathway, she discovered that lipid droplets were not able to release their lipids, which effectively denied the replication compartments the materials they need to fully form, and deprived the virus a place to replicate.

Through these two methods—inhibiting either the lipolysis pathway or one of the three viral proteins found on the lipid droplets—Dr. Laufman was able to successfully “highjack the hijacker,” and divest the enterovirus of the tools it needed to proliferate.
At the Weizmann Institute, where Dr. Laufman also earned her PhD, she plans to use a combination of methods to explore in even greater depth how enteroviral proteins affect other parts of the cell, such as the nucleus, the mitochondria, and other organelles.

“Because these viruses affect so many aspects of the host cell,” Dr. Laufman says, “collecting all the pieces, one by one, will allow us to understand all the ways a virus attacks, and give us the best chance of building therapeutic tools to combat it in the most efficient way possible.”

Dr. Orly Laufman earned her BSc (2002) and MSc (2005) degrees in biology, both summa cum laude, from the Technion—Israel Institute of Technology. After completing her PhD (2010) and her postdoctoral fellowship (2011) at the Weizmann Institute under Prof. Sima Lev in the Department of Molecular Cell Biology, she continued working in the lab as an intern and a consultant. In 2109, she completed a postdoctoral fellowship in the Department of Microbiology and Immunology at the University of California, San Francisco and, afterwards, continued on as an associate specialist. Dr. Laufman joined the faculty of the Department of Molecular Genetics at the Weizmann Institute in March 2021.

As an undergrad, Dr. Laufman won the Technion President’s Honor—the highest award of excellence given to Technion undergraduate students—six times. She was also awarded the Miriam and Aaron Gutwirth Special Excellence Scholarship in 2003, the Weizmann Dean’s Prize in 2010, and the 2021 Sir Charles Clore Prize for Outstanding Senior Scientist at the Weizmann Institute. 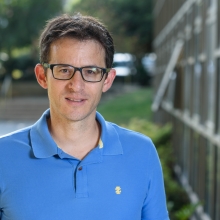 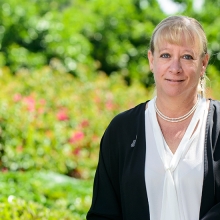 Dr. Liat Ben-David, a Weizmann-trained biologist who has made major strides in advancing science education in Israel, has taken over the helm of the Davidson Institute of Science Education as its new Director-General as of April. 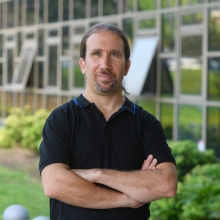 How to close the curriculum gap

What do we teach when we teach math? According to Dr. Alon Pinto, for even the most experienced instructors, the answer is only partly about mathematics.