Prof. Ariel Amir aims to decipher the physics of life. He began his scientific career in theoretical, condensed matter physics, studying the properties of electron glass dynamics as a graduate student under Profs. Yuval Oreg and Yoseph Imry (z”l) for both his MSc and PhD degrees at the Weizmann Institute of Science. Then, as a Junior Fellow (a postdoctoral position unique to Harvard University), he pivoted to study biophysics with Prof. David Nelson from the Department of Physics, having learned that the physics of various glasses and other complex systems have implications for understanding microbial cell growth, division, evolution, and genetics.

Prof. Amir established his own laboratory at Harvard’s School of Engineering and Applied Sciences in 2014, where he combined mathematical modeling, stochastic (random) processes, and materials science to study the physics of living systems. His group developed new models that elucidated the relationship between cell growth, DNA replication, and cell division in microbes such as budding yeast and bacteria, and revealed surprisingly universal behavior across these three domains of life.

In 2021, Prof. Amir authored an introductory textbook, entitled Thinking Probabilistically: Stochastic Processes, Disordered Systems, and Their Applications, published by Cambridge University Press. Through different case studies, his book aims to familiarize students with the many potential applications of probability theory, across a wide range of fields, including engineering, computer science, chemistry, biology, economics, and of course physics.

Having now returned home to Israel and the Weizmann Institute, Prof. Amir is excited at the prospect of new collaborations—not only at the graduate student and postdoctoral level, but also at the level of principal investigators (PIs). The degree of interaction among Weizmann PIs is a cornerstone of the Institute, and as Prof. Amir says, “provides solid ground for amplifying one’s research.”

Among the various physics-meets-biology questions Prof. Amir is exploring in his new lab is the timing of bacterial cell division, and the degree to which that physically complex process links up with different aspects of DNA replication. For example, current work in his group utilizes the framework of causal inference, in combination with single-cell measurements, to test models of cell cycle progression in bacteria, and the degree to which various cellular processes limit division. Prof. Amir is also developing mathematical models of the biological network that regulates gene activity, using random matrix theory.

In addition, he is expanding his research on shape regulation in bacteria—how bacteria grow their thin shells in a robust way, that also bares the mechanical load due to their enormous internal pressure. Understanding this process is important, as antibiotics like penicillin work by targeting such remodeling processes.

Finally, Prof. Amir is investigating microbial evolution—and in particular, the evolution of the bacteria E. coli—through the lens of electron glass physics. Because bacteria multiply so rapidly, it is possible to watch “evolution in action” on more reasonable timescales than the millennia it takes for animals. Prof. Amir applies insights from the physics of electron glasses—including dynamics, aging, and memory effects—to build mathematical models of E. coli evolution on comparatively short time scales.

Uniting theories of complex systems and the physics of life and living systems is at the heart of Prof. Amir’s research.

His singular work thus unites theories of complex systems and the physics of life and living systems.

Prof. Amir joined the Institute’s Department of Physics of Complex Systems in September 2022. Outside the lab, he enjoys rock climbing, running, and biking. He and his wife Lindy, who is also Israeli, have three daughters. 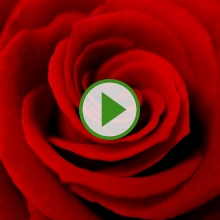 What makes a rose a rose?

Plants are power-houses of metabolites. These small molecules are produced by plants and are perceived by humans as taste, aromas, and pigments. 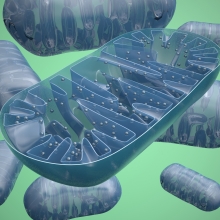