Taking his place on the podium as keynote speaker at the Institute’s PhD honoris causa ceremony in November, Prof. Simon Schama summoned, as a good storyteller will do, a tale culled from his private history to ‘connect the dots’ of personal and national Jewish identity and basic scientific research.

Tying in to the words of Dr. Herbert Winter, a fellow honorary PhD recipient, he considered “Through what olfactory conduit would I remember my first visit to Israel? That is easy: 51 years ago, you would have found me in the chicken house of Kibbutz Beit Haemek. That is a smell that lasts a lifetime.”

The writer-presenter of the epic documentary The Story of the Jews, then a young visitor from Britain, contended to himself that what he was witnessing was “another great Jewish moment: this, after all, is the beginning of chicken soup!”

Prof. Schama was born in 1945, a second-generation Britton whose grandparents from both sides fled persecution to settle in England; immigration, movement, and cultural collision are part of his experience and are central themes in his work. He studied history at Christ’s College, Cambridge, graduating with particular distinction in 1966 and earning an MA in 1969. He then became a lecturer in history at Cambridge and at Oxford, specializing in the French Revolution. In 1980, he moved to the U.S. and became a professor of history and art history at Harvard (1980- 1993), and today is at Columbia University, as is his wife, geneticist Virginia Papaioannou.

“The discipline of writing beautiful narrative is extraordinary; it is constantly challenging and liberating as well,” he says. Drawing on a myriad of sources, including standard chronicles, legal documents, artwork, craft items, fiction, private letters, architecture, and cutting-edge academic studies, he cuts no corners in providing a rich account of the topic at hand, which invariably presents the audience with relevant insight into modern- day society.

“All of history,” he says, “is about experiencing others’ lives - people who are separated from you in time.” He delved into Dutch, French, British, and American history, producing 15 books and dozens of documentaries on topics in history, art, literature, and art history.

Yet for Prof. Schama, “Jewish history has been in my cultural DNA,” he says, explaining why he accepted the BBC challenge of making a documentary series about it - which became the five-part The Story of the Jews - taking on that daunting task in part, he says, because “most of the non-Jewish world knows of Jewish history only through the Holocaust and the Israeli-Palestinian conflict”. Indeed, he sees himself as an “interlocutor, especially for the non-Jewish world.” His book, The Story of the Jews: Finding the Words 1000 BC-1492 AD, was published in 2013 and the second book in this two-part series will be out later this year.

In accepting his honorary PhD from the Weizmann Institute, he said that in the face of destruction and conflict in Israel, “the Weizmann story is about construction, building things, and it feels good to be part of ‘that’ Israel.” 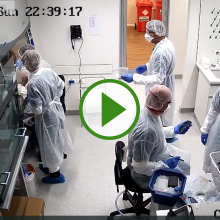 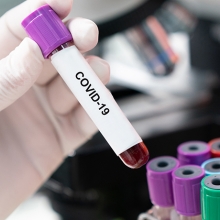 Recovered COVID-19 patients to the rescue