A builder of Israel’s future

Building Excellence’ was the theme of the International Board, reflecting a large number of building projects that have come to fruition on campus. And it was no coincidence that the Weizmann Institute chose to shine a spotlight at the Opening Gala on the ADELIS Foundation—whose founder, a French building engineer named André Deloro, devoted himself to building excellence in Israel.

The story of the foundation and its special relationship with the Weizmann Institute, as well as its vast philanthropic initiatives throughout Israel, begins with Mr. Deloro. He passed away in 2012 after an illustrious career in building and public works.

“André did not recognize the word ‘impossible,’” said representatives of the foundation.

“André always knew how to recognize excellence. He was a friend of science and was very proud to play a meaningful role in its advancement and development,” says Institute President Prof. Daniel Zajfman, who bestowed on him the prestigious Weizmann Award in Science and the Humanities shortly before Mr. Deloro’s passing.

Founded in 2006, the ADELIS Foundation has donated generously across Israel, primarily by supporting scientific research, education, and social welfare. This commitment is symbolized in its name, which is an acronym for André Deloro Israel.

“To André, the Institute symbolized scientific excellence in Israel,” say the representatives. The foundation’s latest gift was for the establishment of the André Deloro Building for Advanced and Intelligent Materials. The facility, currently in its planning stages, will house the future Center for Advanced and Intelligent Materials, and enable new research in materials science for application in medicine and medical devices, defense and more.

Since its first gift for multiple sclerosis research in 2008, the ADELIS Foundation has given generously to the Institute: for a major collaboration with the Technion in brain research; for the establishment of the André Deloro Institute for Space and Optics Research; and for the André Deloro Research School of Physical Science.

André Deloro was born in 1933 in Cairo, where he completed high school before moving to Paris in 1950. In Paris, he studied in two of France’s finest universities, École Polytechnique and École Nationale des Ponts et Chaussees (ParisTech).

After a career in construction, he undertook the construction of the last edifice of his life, the ADELIS Foundation. The major proportion of the foundation’s giving goes to scientific and medical research.

“André loved Israel,” say the foundation representatives. “He was an unusually smart man. He was strict and exact, with an exceptional commitment to hard work and attention to detail, while completely trusting and respecting the people he chose to work with him. André focused all his attention on defending Israel, and that meant ensuring the strength of Israel’s economy by building its brain power. His close colleagues told us he was a visionary and was always concerned for Israel’s security and future. When asked, ‘Who, or what, is going to defend Israel in the long-run, not just in the next four or five years?’ he would answer: ‘The young minds and ingenuity—so education and science must be a top priority.’”

But he worried about Israeli education. But while he revered its universities and wanted them to work together to expedite discoveries—funding such partnerships with generous sums—he was concerned that the Israeli educational system was not up to the task of adequately training the next generation, mainly in the periphery.

Although he was not a religious man, Jewish values always resonated with him, including tikkun olam (literally, “correcting the world”, but essentially meaning “making the world a better place”). “What interested him was asking questions, never taking accepted views as givens, and furthering education so that life might be better for the next generation than it was for the one before," say the representatives. "He would say: ‘When a molecule that can cure a disease is discovered and turned into a pill, and a person is sick, he doesn’t ask whether a Jew invented this molecule; he swallows it. Period. In this way we fulfill our role as a people. That is true tikkun olam.’”

The planned Deloro Building will be a stateof- the-art facility housing the laboratories, instrument systems, and central research service facilities necessary for innovative materials science research. The building will include special features to facilitate research on intelligent materials, including a stable environment to accommodate the strict conditions required for studies on nanomaterials, which are highly sensitive to external contaminants, slight changes in humidity, or fluctuations in temperature and environmental factors. Thus, the building’s lowest floors will be constructed underground, at bedrock, as an ultra-quiet, i.e., extremely stable and noise-free structure, remote from sources of vibrational or electromagnetic noise. The building will be outfitted with special clean room facilities built to rigorous standards with air locks, ultrapure air filtration, and a dust-free environment. The air in clean rooms will be repeatedly filtered to remove dust particles and other impurities that can damage the production of highly sensitive technologies. In addition to the communal service laboratories, the facility will also be home to chemistry research groups and intellectual exchange facilities. 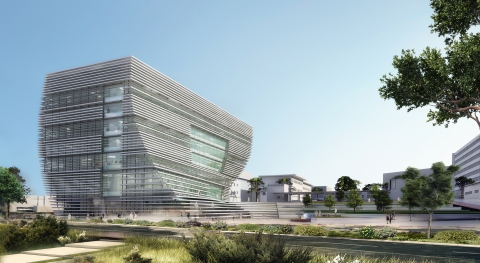 Architectural rendering of the Deloro Building 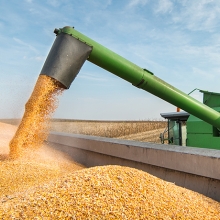 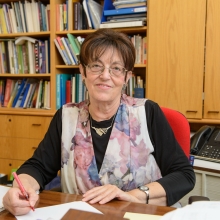 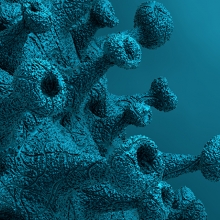 Here is a snapshot of just a few of the many ongoing Weizmann projects aimed at overcoming the COVID-19 challenge.