On average, a child dies of malaria somewhere in the world every minute. That stark figure comes as a surprise to most Israelis, who live in a country where malaria is a disease of the past.

Its eradication from the swamps of pre-state Israel is an oft-recounted success story in Israel’s early history. So when Dr. Neta Regev-Rudzki heard that World Health Organization statistic for the first time during her studies, she was surprised.

Born in Moshav Nes-Harim near Jerusalem, Dr. Regev-Rudzki earned a BSc in chemistry, an MSc in biochemistry, and a PhD in microbiology and cell biology, all at the Hebrew University of Jerusalem. During her postdoc in Australia, a discovery she made with her lab team fundamentally changed the research world’s view of the malaria parasite and represents a leap forward in understanding its survival and transmittal.

This fall, she joined the Weizmann Institute where she is establishing a lab in the Department of Biological Chemistry  focused on better understanding malaria.

Dr. Regev-Rudzki is married and has three children.

A Even during several post-army trips to Africa, malaria was not on my radar. But, after I married an Australian and began a postdoctoral fellowship in my husband’s native Melbourne, everything clicked: The top-rated microbiology lab there, at the Walter and Eliza Hall Institute of Medical Research (WEHI), specializes in malaria research, and it was there that I became intrigued with the biochemistry of the parasite that spreads malaria.

Q How deadly is malaria?

A Malaria is mainly a tropical disease, and it infects more than 200 million people each year, killing about 700,000. The parasite that causes the disease, Plasmodium falciparum, is especially deadly for small children and pregnant women, and its resistance to available drugs is a major obstacle. Unfortunately, no effective vaccine exists. It is transmitted through mosquito bites, and then spends an incubation period in the bloodstream.

The science of malaria is absolutely fascinating. The whole complicated biology of the parasite is an exciting challenge. The same organism knows how to survive in two completely different biological environments—mosquitoes and humans and, in both contexts, the parasites are faced with an unstable and hostile environment.

Q What have you learned about malaria?

A My former colleagues at WEHI and I showed that P. falciparum-infected red blood cells communicate by releasing tiny, sac-like nanovesicles. These contain little packets of DNA that carry information from one parasite to another. This mechanism somehow indicates to the malaria parasite how many other parasites are present in the human. It appears to be a cue for the blood-borne parasites that there is an adequate “quorum” of parasites present in the bloodstream—and that the time is ripe to initiate the gametocyte stage for infecting new hosts.

Q Were you startled by the discovery?

A Yes. The fact that the malaria parasite can communicate was so surprising that we repeated the experiments many times before we really started to believe that these parasites were actually signaling to each other. These parasites, which live inside the red blood cells, have developed a mechanism that needs to cross eight separate membranes in order to share the information between them.

Q What have you been focused on since arriving at Weizmann?

A I have been ‘building’ my lab from scratch - ordering equipment to work with the human pathogen, arranging for samples and cultures, and building a great team of young scientists. One of my first challenges is to isolate and purify the nanovesicles that carry the DNA-encoded messages. I have already shown that they can convey resistance to malaria drugs.

I think it’s important for the Institute and Israel to be involved in doing research which is a pure benefit for humanity for the ‘other half’ of the world. There is a tremendous need for new drugs and possibly a vaccine for malaria.

Dr. Neta Regev-Rudzki is supported by the Benoziyo Endowment Fund for the Advancement of Science and is the incumbent of the Enid Barden and Aaron J. Jade President's Development Chair for New Scientists in Memory of Cantor 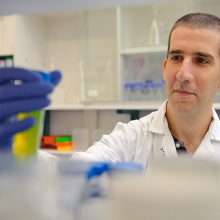 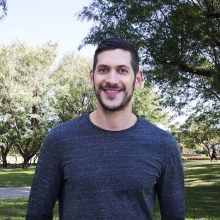 Gateways to the cell

Dr. Nir Fluman’s research on cell membranes may have implications for cystic fibrosis, heart arrhythmias, epilepsy, and other conditions as well as provide methods for overcoming antibiotic resistance. 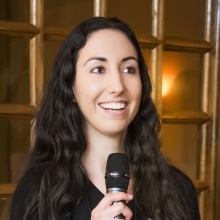