Investigations of no small matter

Dr. Lorne Levinson is a man of many hats, and his work wearing one of those hats - as the electronics coordinator of an important upgrade of the ATLAS experiment at the giant particle accelerator at CERN - could help pave the way towards discovering a hypothetical family of particles. That's no small matter (pun intended).

The existence of super-symmetric particles has been long-sought, but not yet found - with implications for long-debated theories in physics. CERN, in Geneva, Switzerland, is the world’s biggest scientific collaboration, and Weizmann Institute scientists have been integral in the investigations there; in fact, in 2014, Israel became the only non-European country to have attained full membership. CERN was established in 1954 with post-World War II goals not only to foster scientific collaboration, but also to use science as a means by which to promote peaceful co-existence among the 22 member states, providing particle accelerators and other infrastructure needed for scientists to work together on the frontier of high-energy physics.

Dr. Levinson’s path to the ATLAS experiment as a representative of the Weizmann Institute of Science was a winding one. Canadian by birth, Dr. Levinson received his PhD in physics from Brown University. He did his postdoctoral research at Stanford University, where he met his wife Daphna, a PhD student there and a Haifa native. As his fellowship ended, Daphna wanted to move back to Israel. Thanks to a strong network of overlapping U.S. and Weizmann Institute physics colleagues, particularly Prof. Giora Mikenberg in the Department of Particle Physics, an Israeli pioneer at CERN, Dr. Levinson joined the Weizmann Institute as a Visiting Scientist in 1983.

Soon after, he moved to CERN to work with the Israeli team, led by Prof. Mikenberg, on the OPAL experiment, a large international physics collaboration. He was at CERN, in fact, when the World Wide Web was born. As he recalls, “Tim Berners-Lee, who was also working at CERN on the OPAL project, had developed the World Wide Web idea and put together the first very basic browser—white text on a black background. There was no mouse; you had to press the arrow keys repeatedly to move to a link in order to select it. Tim’s team was showing us their work, and I asked, ‘What if I want to go back to the page where I started?’ They agreed, and created the ‘back’ button.”

In 1987, he moved with his family to Israel and made his professional home at the Weizmann Institute as a staff scientist. As Head of the Electronics and Data Acquisition Group in the Physics Core Facilities Unit, he and his team of electronic engineers and technicians work cooperatively with principal investigators in physics, as well as chemistry and biology to design and construct the electronics that collect the data from their experiments.

“Our job is to understand their goals and help them get there,” he says.

On the hunt for particles

Among other projects, his team also oversees a complex control system that regulates the cooling and purification of a giant particle detector under the Gran Sasso mountain in Italy filled with several tons of liquid xenon held at -100⁰C.

His most consuming project, however, is his work on the ATLAS experiment, where he wears two of his hats. First, he is the electronics coordinator for the so-called “New Small Wheel” upgrade to the ATLAS muon detector, upgraded so that it can cope with the increased energy and intensity required to discover not-yet-detected particles—the focus of the ATLAS project. Dr. Levinson is overseeing the effort to build the innovative electronic system for reading the data produced by the upgraded New Small Wheel. New Small Wheel is a collaboration of over 40 institutions around the world.

What can be accomplished with more intense collisions achieved via the upgrade? For starters, better detection of the particles we already know about. As Dr. Levinson says, “ATLAS scientists were ecstatic to finally discover the Higgs boson [in 2012], predicted in the 1960s, because Higgs are so difficult to produce - but because they are rare, we need many more collisions to study them. The upgraded detector and electronics enable us to capture them.”

Secondly, Dr. Levinson supervises the three Israeli computer clusters (at Weizmann, the Technion, and Tel Aviv University) that support Israeli ATLAS researchers and provide the Israeli share of computing for ATLAS. ATLAS produces several thousand terabytes of data per year and a computer system distributed around the world is required to process and store the data. The Israeli clusters receive jobs from scientists around the world who are interested in analyzing the ATLAS data stored in Israel. 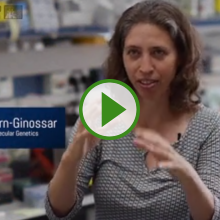 Dr. Noam Stern-Ginossar explains how viruses work, and how the coronavirus differs from the flu virus 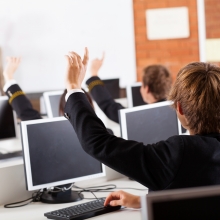