Heather Reisman is one of North America's leading businesswomen, ranked by the Financial Times as one of the world's top 50 businesswomen in 2009. She is equally known for her generosity and commitment to philanthropic causes, and together with her husband, Gerald Schwartz, has made transformative gifts to the Weizmann Institute of Science.

Reisman was born in Montreal, Quebec, and educated at McGill University. In 1979, she co-founded Paradigm Consulting, a pioneering strategic change consultancy, serving as its managing director for 17 years. In 1996, she founded what was to become Canada's largest book and lifestyle company, Indigo Inc. She currently serves as the company's Chair and CEO.

In 2001, she established the Indigo Love of Reading Foundation which has to date provided millions of books to high needs schools across Canada. Under the aegis of The Indigo Love of Reading Foundation, Reisman has produced two documentaries on Literacy: Writing on the Wall and Read Between the Lines. In 2009, Indigo founded Kobo, a global e-reading company which was later sold to Japan’s leading e-commerce company, Rakuten.

Reisman has served as a governor of the Toronto Stock Exchange and McGill University, and is currently a Director of Onex Corporation and Mt. Sinai Hospital in Toronto.

In 2005, the couple founded the HESEG Foundation in Tel Aviv. The Foundation provides scholarships to former lone soldiers (servicemen and servicewomen without family in Israel) who have served in the IDF.

The couple's desire to make a significant impact on science education in Israel—as a precursor for scientific achievement and a robust industry—spurred them in 2015 to make a major gift to establish the Schwartz/Reisman Science Education Centers in Israel, which aim to provide high-quality science education for future generations of Israeli citizens and scientists. These centers build upon a successful model that was developed in a similar center in Tel Aviv, which Heather and Gerald also supported over the years. Most recently, they established the Schwartz/Reisman Institute for Theoretical Physics at the Weizmann Institute, which encourages open scientific discussion and interaction between Institute physicists and the international physics community by attracting leading theoreticians to campus and creating the personal connections that lead to fruitful international collaborations. They also support the research of Prof. Victor Malka in the Schwartz/Reisman Intense Laser Physics Lab in the Institute's Department of Physics of Complex Systems. 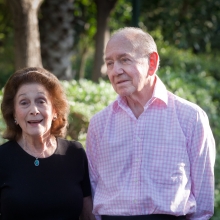 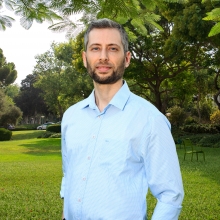 The pull of probability 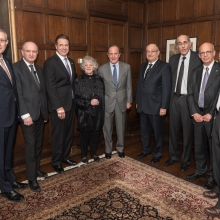