He is a trustee of Memorial Sloan Kettering Cancer Center and a member of the Bank of America Global Wealth & Investment Management Committee. He is a sponsor of the Kennedy School of Government at Harvard University, a former Associate Professor of City and Regional Planning at the Harvard Graduate School of Design, a former lecturer of City and Regional Planning at Yale University, a past president of the Board of Trustees of the Dana Farber Cancer Institute in Boston, and the former Chairman of the Principal’s International Advisory Board of McGill University. He is a former trustee of New York University, the Institute for Advanced Studies at Princeton, the Council on Foreign Relations, the Washington Institute for Near East Studies, and a former Vice Chair & Treasurer of the International Peace Institute. He is a former Chairman of the Conference of Presidents of Major American Jewish Organizations and served as President of the America-Israel Friendship League.

He has received honorary degrees from Colby College, Southampton College, Hebrew College, Berkeley College, the Icahn School of Medicine at Mount Sinai, Tel Aviv University and the Hebrew University of Jerusalem, and an honorary Doctorate of Laws, from both McGill University and Columbia University. Mr. Zuckerman was awarded the Commandeur De L'Ordre des Arts et des Lettres by the government of France, the Lifetime Achievement Award from Guild Hall, the Gold Medal from the American Institute of Architecture in New York, the Sy Syms Humanitarian award from Yeshiva University, and a Queen Elizabeth II Diamond Jubilee Medal from the Canadian government. 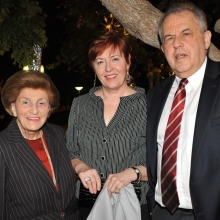 The long-time friend of the Weizmann Institute traces her fascinating life journey. 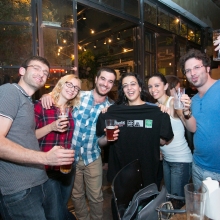 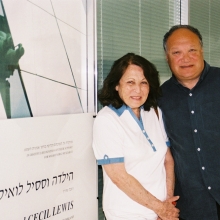