His world-class scientific work—work that had and continues to have real implications for medicine and health—drew attention to the Institute in its early years and helped attract future generations of scientists. Prof. Sachs died at age 89 on December 13.

Prof. Sachs was born in Leipzig, Germany, in 1924. After escaping Germany in 1933 to England, Prof. Sachs did his BSc studies in agriculture and agricultural botany at the University of Wales, Bangor. He earned a PhD in Genetics from Cambridge University and worked for several years in England.

In 1952 he made aliya and joined the Weizmann Institute of Science. It was at the Institute that he became a world-leading pioneer in the fields of genetic research and molecular biology. He established the Institute’s Department of Genetics and worked tirelessly on improving the study of genetics and its applicable uses to medicine.

Only a few years after his arrival, Prof. Sachs, the Otto Meyerhof Professorial Chair of Molecular Biology, showed that cells in the amniotic fluid surrounding a fetus in the womb can be reliably used to identify the sex of the baby before birth and also reveal other important properties of the fetus, including identifying Down syndrome and diagnosing some diseases and other conditions. This research formed the basis for prenatal diagnosis by amniocentesis, a diagnostic procedure used today for many millions of expectant mothers.

Prof. Sachs then went on to do stem cell science - decades before the phrase became widely known in the public sphere. Focusing on blood stem cells, he showed that cancer cells can be made to revert to normal behavior. This led to the development of a new treatment called differentiation therapy, which is used today in treating leukemia.

For his revolutionary work, Prof. Sachs was awarded the Israel Prize for Natural Sciences in 1972. In addition, Sachs, who was the Dean of the Faculty of Biology from 1974 to 1979, was the first Israeli to win the Wolf Prize for Medicine, considered one of the most prestigious awards in the field of biomedical research in the world, and was awarded the 2002 EMET Prize for Life Sciences, Medicine and Genetics. Prof. Sachs was a member of the Israeli Academy for Sciences and Humanities, a fellow of the Royal Society, and a foreign member of the National Academy of Sciences (U.S) and Academia Europaea. 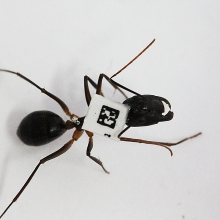 Anyone who has ever watched an army of ants scurrying to carry a large crumb back to its nest has probably wondered how these tiny creatures manage the task. 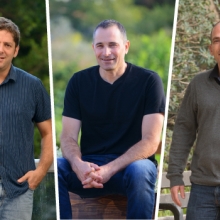 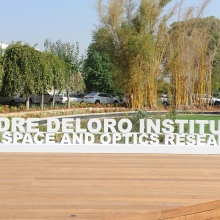