It took just a few minutes for Andrea Klepetar-Fallek and Prof. Hadassa Degani—the first incumbent of the professorial chair donated by Klepetar-Fallek—to realize their match was the beginning of a long and close friendship.

In 1997, Andrea approached the Weizmann Institute, interested in making a gift that would make a difference in cancer research. At the time, Degani was about to publish her seminal research on an MRI-based method to detect breast and prostate cancers, which, after FDA approval, became the accepted technique for detection of these cancers worldwide. Andrea established the Fred and Andrea Fallek Professorial Chair in Breast Cancer Research, and the women set a date to meet for dinner in New York, where Fallek resides.

“It took us only moments to realize that we clicked, both in terms of her interest in my science and on a personal level,” recalls Degani about that meeting. Since then, the duo has kept in touch on a near-weekly basis and they see each other frequently in New York and Israel. Degani updates Klepetar-Fallek, who is 93, on her research, and then the conversation turns to “music, art, friends, travel, politics, life,” says Degani. “Andrea is a person who is constantly living, who is intelligent and interested in the world, and she is perhaps the most optimistic person I have met.”

“I am very happy that I connected to Hadassa and that I have been associated with her work,” says Klepetar-Fallek. Her discoveries, she says, “excited me” and were practical. “Hadassa has also been very active in promoting women in science, which is wonderful, and I’m delighted about the increase in the number of young female scientists who have been recruited to the Institute.” It always impressed her, she adds, that Degani raised three children while pursuing a demanding career in academic research.

For her part, Degani says her friend’s life story of perseverance and optimism in the face of challenge and difficulty has always inspired her. “She is a citizen of the world,” says Degani, and she was also “extremely supportive of my work and encouraged me so much over the years.”

Andrea Klepetar-Fallek was born in Austria in 1920 and moved to Yugoslavia on the eve of World War II. She survived an Italian concentration camp; her first husband was killed while fighting the Germans under the command of Josip Broz Tito, the Yugoslav communist leader who headed the Partisans resistance movement during the war. She moved to Israel in 1948, where she stayed for nine months before moving to Argentina. She married anew, and her husband, Juan Klepetar, managed the laboratories of the Swiss-based healthcare company Hoffman-La Roche in Argentina, Uruguay, and Chile. He died in 1970, and shortly thereafter she moved to Switzerland. She met Fred Fallek in Israel’s Ben Gurion Airport in 1975; the two got married and moved to New York. Fred died of cancer in 1983. Klepetar-Fallek is a Board member of the Weizmann Institute and has given generously to other areas at the Institute including the National Postdoctoral Award Program for Advancing Women in Science. Her first gift was in 1974, for a student scholarship. She travels to Israel once a year, and maintains deep friendships here.

“Our friendship would not have started without science,” says Degani. “But it is not because of science that it has continued.” 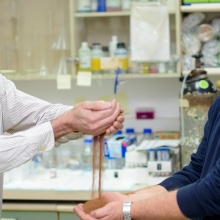 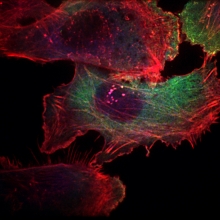 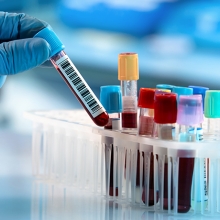 Biomarkers in the blood