The soaring structures that bear the Azrieli name—the iconic Azrieli Towers in Tel Aviv—have contributed to the rapid transformation of the Israeli urban landscape in recent decades. Over the years, the Azrieli Foundation has leveraged philanthropy to transform other Israeli landscapes: scientific, educational, and social.

During his lifetime, the Israeli-Canadian architect and real estate executive David Azrieli helped build Israel from the ground up, and made a major impact in Canada as well. But, says his daughter Naomi, who is chair of the Azrieli Foundation Canada and co-chair with her sister Danna of the Azrieli Foundation Israel, “He was just as concerned with the legacy and the impact he could make with his philanthropy.”

Today, nearly three decades after the foundation’s establishment and four years after David Azrieli’s passing at age 92, the foundation’s charitable influence throughout Israel—and at the Weizmann Institute of Science in particular—is about as indisputably present as the Azrieli malls and buildings that have become household names.

At the Weizmann Institute, the Azrieli Foundation has made a deep impact on students and on the life sciences. A 2016 gift enabled the establishment of the Azrieli National Institute for Human Brain Imaging and Research, a joint philanthropic-government investment; it began operating in April of this year. The foundation also generously donated to advance Fragile X research, established the Azrieli Institute for Systems Biology, funded new scientists’ lab start-up needs, and continues to sponsor the most outstanding students through its nationwide Azrieli Fellows Program. David Azrieli received a PhD honoris causa from the Institute in 2013, and the Azrieli Foundation is a member of the President’s Circle.

“The Azrieli family’s impact is incredible—for the Weizmann Institute and for the State of Israel,” says Weizmann Institute President Prof. Daniel Zajfman. “We share the understanding that excellent people are the foundation for excellent science, and that taking science to the next level means integrating various disciplines and putting the best scientists in the driver’s seat.”

Focused on neuroscience research, the Azrieli National Institute for Human Brain Imaging and Research houses a 7-Tesla MRI scanner—the only magnet of its size in the Middle East and only the second of its type in the world usable for studies on humans. Directed by Prof. Noam Sobel, head of the Department of Neurobiology, the new Azrieli National Institute will serve scientists and physicians across Israel engaging in studies of the human brain. 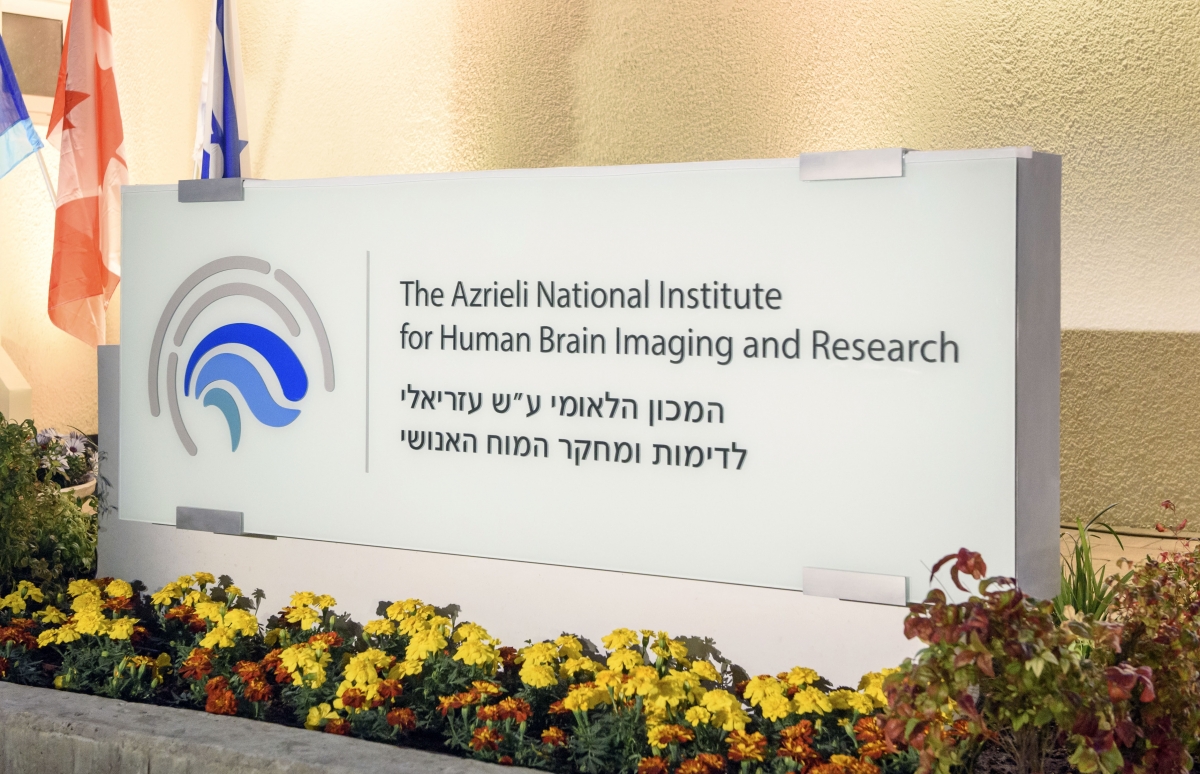 “The first thing Weizmann has is its people—they are its biggest resource. I love the curiosity-driven philosophy of Weizmann,” says Naomi Azrieli. “The possibilities offered by the 7-Tesla MRI could be clearly seen by the Weizmann researchers and that was compelling to us. Moreover, it is a partnership between major Israeli institutions, and we wanted to enable Israeli researchers to work together and help them explore new frontiers.”

Born in 1922 in Poland, David Azrieli grew up in a home imbued with Zionism. His story of escape at the start of World War II, One Step Ahead, was written by his daughter Danna and published by Yad Vashem in 1999. The title reflects his experiences in evading capture during the Nazi invasion of the Soviet Union, hiding and working on farms and eventually joining the Anders Army, the anti-Nazi Polish armed force that enlisted Poles then located in the Soviet Union, including some Jews. When Azrieli found himself in Tashkent, the Asian architecture made an impression on him, says Naomi.

After the war, he learned that his parents, his youngest brother, and his sister had all perished. His older brother survived, landing in Palestine five years later.

“When my father arrived in Israel, it was the beginning of a whole new life—a dream, but so much uncertainty,” says Naomi.

Azrieli enrolled in the Technion, where he studied architecture. He then fought in the War of Independence. In 1954, after traveling the world, he serendipitously landed in Canada, where he met his wife Stephanie. They had four children: Rafael, Sharon, Naomi, and Danna. He put up his first building in Montreal and went on to establish Canpro Investments, which builds and owns office buildings and shopping centers throughout Canada and the United States. In Israel, he launched the Azrieli Group, which owns shopping malls, several office buildings in Israel and abroad, and senior housing properties; it also holds stakes in companies engaged in the energy field, and in chemical, water and wastewater treatment.

“He loved Canada and he loved Israel,” says Naomi. “Canada gave him his first opportunities in business and he was then able to bring back what he had learned to build in Israel. He was successful and involved in the communities in both countries and always said he had two homelands.”

It starts with education

Early on, David and Stephanie were engaged in ensuring their good fortune was used to improve the lives of others, even when they had little to give. “My parents’ social life revolved around Zionism and the Jewish community and there was a real focus on philanthropically supporting educational institutions in Israel. That was an integral part of our environment when we were growing up,” recalls Naomi.

The family’s starting point in giving was education. David hadn’t been a particularly good student, until a middle school teacher inspired him by introducing him to literature, and stories of innovation and creativity. He was changed, and quickly began to excel in his studies. “As a result of this experience, my father believed that one teacher, or person, can make all the difference in a child’s life,” says Naomi. One of the foundation’s first—and ongoing—programs deals with ensuring that kids stay in school.

While the Azrieli Foundation began its charitable work in 1989, it was in the early 2000s, after David turned 80, that it turned into a major philanthropic force in Canada and Israel. He began donating large sums during his lifetime and then left all of his wealth to the foundation when he died. All three of his daughters, including Sharon, a successful opera singer, sit on the foundation’s board.

“We have a real, personal passion for everything we do at the foundation, and in the enabling and catalyzing force of education. And from there we have developed and broadened what we do and hopefully we will become more effective in making change as philanthropists,” says Naomi. "We want to touch people’s lives and change things for the better."

David’s belief in Israel’s educational institutions started with his time at the Technion; his involvement there and with other institutions turned him on to the incredible advances in science made by Israeli researchers of which he was so proud. “My father was an exceptionally creative person and a force of nature with tremendous energy,” says Naomi. “He was also very taken by science. He and my mother read a lot about science and were always interested in how science would change the future.”

The Azrieli Foundation also supports the publication of Holocaust survivor memoirs and Holocaust education, a school empowerment program, programs for adults with disabilities, and music initiatives, in both Israel and Canada.

Through the Azrieli Fellows Program, the foundation became familiar with the Weizmann Institute, which is a major beneficiary. The program supports outstanding students at universities throughout Israel who engage in volunteer work and show promise as exceptional communicators and leaders. These students come from a wide range of disciplines, and benefit from a fruitful environment for networking and exchange. The program now includes Canadian postdocs and will soon expand to include funding for international postdocs, in part with the goal to create ambassadors for Israel.

In establishing the Azrieli Institute for Systems Biology in 2012, headed by Prof. Naama Barkai, the foundation was inspired by the fact that this new field was made possible by advances in math, computer science, and physics that led to a new way of exploring biology. The Azrieli Institute has since funded hundreds of projects, and attained renown as a pioneer in the field.

A gift last year to advance Prof. Irit Sagi’s research on Fragile X syndrome was the actualization of a seed of hope planted years ago. Rafael Azrieli has Fragile X, as do two other relatives, and David voiced a wish to fund promising research on this disorder. It is the number-one cause of cognitive delay, and many individuals with Fragile X also have autism. “One gift really led to the other,” says Naomi. “It was the systems approach that got us thinking about the brain in a different way. I believe that the brain is going to be the last and perhaps most important frontier of science, and so we want to support and advance this research in any way we can.”

Prof. Irit Sagi is supported by Cynthia and Andrew Adelson, the Azrieli Foundation, the Leonard and Carol Berall postdoc Fellowship for Research on Autoimmune Diseases including Crohn's, the Rising Tide Foundation, John Rose, the Spencer Charitable Fund, the Murray and Murielle Steinberg Crohn's Research Fund, and the European Research Council. Prof. Sagi is the incumbent of the Maurizio Pontecorvo Professorial Chair.

Prof. Noam Sobel is supported by the Adelis Foundation, the Norman and Helen Asher Center for Human Brain Imaging, the Azrieli National Institute for Human Brain Imaging and Research (which he heads), the Carl and Micaela Einhorn-Dominic Institute for Brain Research (which he heads), the Nadia Jaglom Laboratory for the Research in the Neurobiology of Olfaction, the Rob and Cheryl McEwen Fund for Brain Research, and the European Research Council. Prof. Sobel is the incumbent of the Sara and Michael Sela Professorial Chair of Neurobiology. 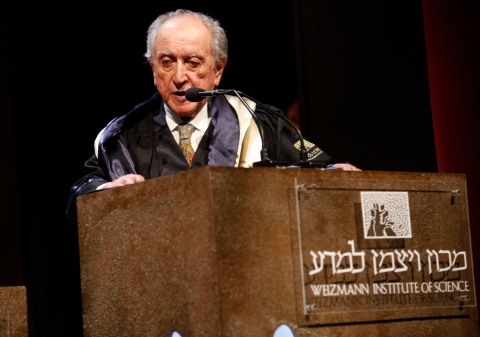 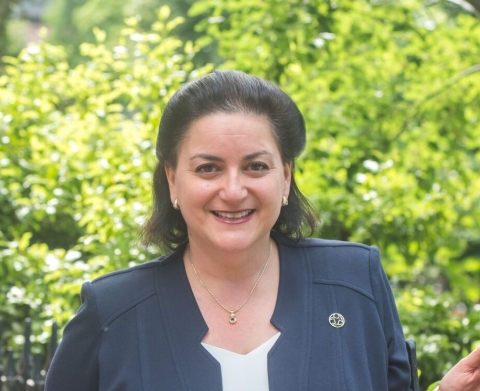 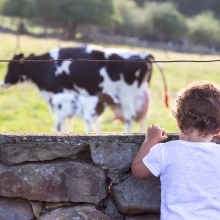 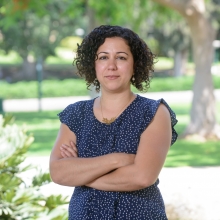 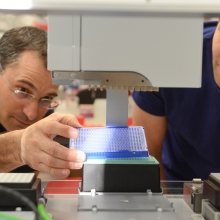