Wanderlust for a cure

Wade Thompson was born and bred in New Zealand, but he captured one of the essential features of America—a zeal for taking to the wide-open road—and made his fortune in the recreational vehicle (RV) business, which consists of travel trailers and motor homes.

He died in 2009 at age 69 after a long battle with various forms of cancer which started 15 years earlier with a prostate cancer diagnosis. When he established the Wade F. B. Thompson Foundation with the bulk of his estate (now the Thompson Family Foundation) and asked his attorney and close friend Alan Siegel to head it, Mr. Thompson’s goal was to give back to America - through arts, culture, and science, and in particular, cancer research.

When Mr. Siegel met Prof. Avigdor Scherz in 2011 and heard about the Weizmann Institute scientist’s plans for an innovative collaboration with Memorial Sloan Kettering Cancer Center to advance research and clinical trials on prostate cancer, the foundation head said he was “sold”. Today, five years later, the partnership has resulted in successful clinical trials for an early-stage prostate cancer therapy (see story).

The multi-million dollar grant enabled the trials to get up and running in a short time relative to the time it would typically take to apply for and receive grants from traditional funding agencies. And it has paved the way to four more planned trials that will get underway this year, for advanced prostate cancer and three other cancer types.

With a partner, Mr. Thompson bought an RV company named Airstream at the height of the oil crisis in the late 1970s for dirt cheap, convinced that Americans were just putting their wanderlust on temporary hold. The duo later formed Thor Industries, whose sales exceeded $4 billion in 2015.

“Wade was an entrepreneur who saw an opportunity and went for it. He had never driven an RV before he bought his first RV company, but he had good business sense,” said Mr. Siegel in an interview in the foundation’s offices on Park Avenue in Manhattan. Wade was an achiever, and so I try my best to make sure that his foundation follows in his footsteps: identifying a worthy goal and doing what it takes to achieve it.”

With assets of $535 million as of 2014, the Thompson Family Foundation is one of New York’s largest family foundations. Angela Thompson, Wade’s widow, is president emerita and advisor, and the couple’s daughter, Amanda, serves as president. Amanda’s twin brother, Charles, lives in Moscow. The foundation gives primarily to arts, culture, and historic restoration projects in New York City, projects that are close to Angela’s heart.

One of the most notable beneficiaries is the Park Avenue Armory, the city’s largest indoor space—spreading across an entire city block. Built in the Gilded Age of New York by the city’s wealthiest families including the Roosevelts and the Rensselears and opened in 1880, the Armory had fallen into disrepair. The Thompsons, who lived across the street, were distressed to see the historic venue neglected. So the foundation funded the Armory’s restoration with a gift of $129 million, transforming the 55,000-foot Wade Thompson Drill Hall and eventually, the bulk of the structure.

A collaboration ‘worth supporting’

After Wade Thompson was diagnosed with prostate cancer, he later battled melanoma and ultimately died of metastatic colon cancer. “Wade suffered a lot from cancer and chemotherapy,” says Mr. Siegel. “He would be happy to know that this new therapy that we have funded will mean that other people will not have to suffer in the way that he did.” It was in this vein that, during Mr. Thompson’s lifetime, Thor Industries funded an RV equipped to travel around the U.S. to offer PSA testing for early detection of prostate cancer.

The Weizmann Institute-MSK collaboration was an unlikely beneficiary, initially, of the foundation’s support, he notes. Although the foundation has supported some scientific research (for instance, on chemotherapy-induced neuropathy and idiopathic neuropathy, a project of Columbia University), that wasn’t its focus. Also, he says, “We weren’t interested in funding anything outside the U.S., and as a small family foundation we had no way of evaluating the research progress of such a complex project. But when I met Avigdor I was immediately struck by his enthusiasm, and I felt that this was a project that Wade would have liked and he would have seen the importance of supporting the development of a noninvasive prostate cancer treatment, or cure.”

An outside philanthropic advisory organization evaluated the project’s progress. “They said to us, ‘Any project spearheaded by Peter Scardino and Jonathan Coleman [both of MSK] and Avigdor Scherz is a project worth supporting. That was enough justification to me to go ahead and spend a lot of money,” jokes Mr. Siegel.

Furthermore, we really liked the synergy of basic research and patient care, in particular how these two institutions had already proven they work so well together.”

Mr. Siegel’s first visit to the Weizmann Institute, in 2012, he says, was “mindblowing… It all became clear to me, in seeing the extraordinary facilities and scientists, that this is a truly global environment, intricately linked to the scientific hubs of the world.”

But something else moved him as well on that visit. Prof. Scherz and his wife, Dr. Zehava Scherz of the Department of Science Teaching, hosted him for a meal in their garden, where other guests included scientists and students from the former Soviet Union, or who were children of Soviet refugees.

In the early 1990s, Mr. Siegel had been one of the first American lawyers to go to Russia after the breakup of the Soviet Union, to explore business opportunities on behalf of U.S. companies who saw potential opportunity. “I saw Jews standing in lines ready to leave the country. They were being humiliated and harassed by officials. It was horrendous, and that image never left me,” he recalls. “Then, years later, sitting at Avigdor’s table, I experienced an amazing moment where I thought: ‘What a loss for the countries that treated the Jews as they did, and what a tremendous thing Israel has done - and on top of that, created such great science in such a short time frame.’” 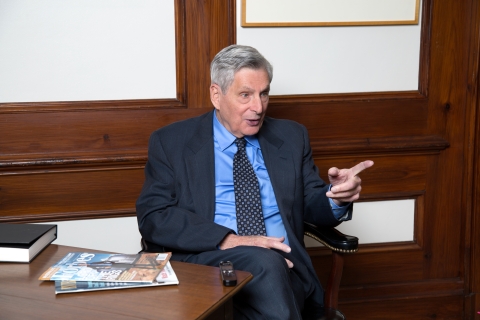 Alan Siegel of the Thompson Foundation 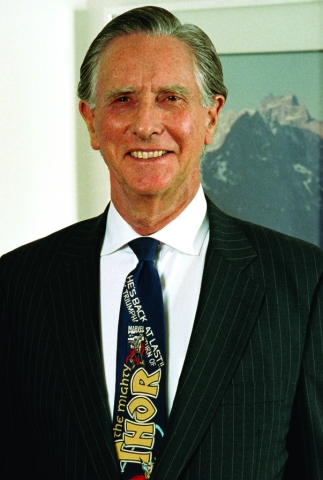 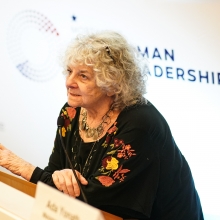 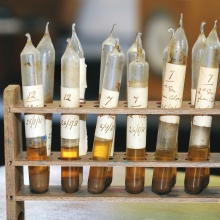